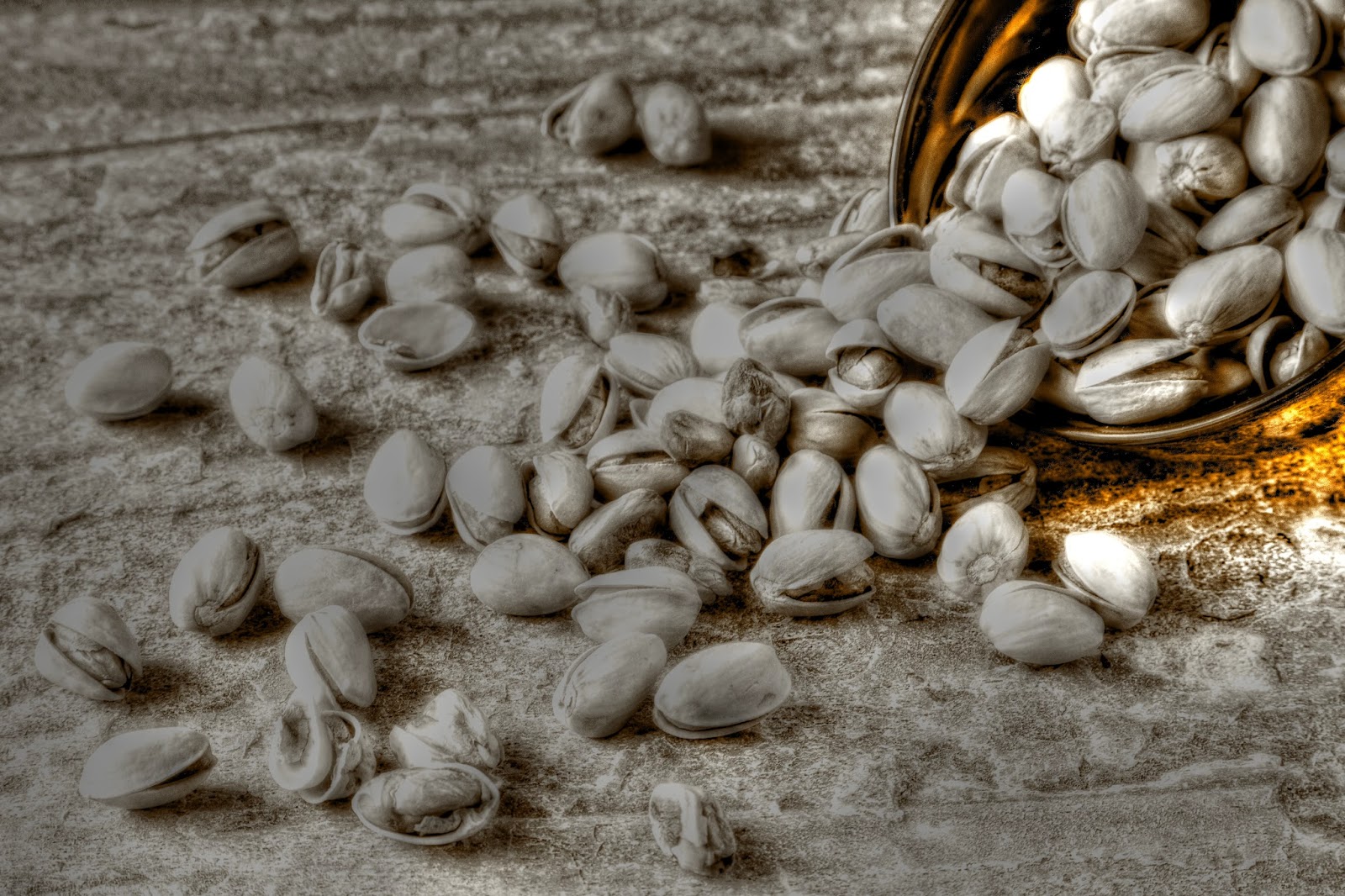 The one thing I don’t like about pistachios is the shelling process, but they are so darn delicious, I force myself to do it.  It’s no wonder that the Queen of Sheba hoarded the entire Assyrian supply for herself and her court. The shelling task is laborious, but goes faster when I watch television. Afterwards, I have a bounty of freshly shelled pistachios to use for just about anything-like a Pistachio Cherry Biscotti or this Pistachio, Mango and Blood Orange Terrine or Pistachio Date Muffins.

The pistachio is actually a member of the cashew family and originally grown in Central Asia and the Middle East. Archaeologist evidence shows that pistachios were grown as early as 6750 BC. One of the three nuts mentioned in the bible- Genesis 43-11 “Then their father Israel said to them, “If it must be so, then do this: take some of the choice fruits of the land in your bags, and carry down to the man a present, a little balm and a little honey, gum, myrrh, pistachio nuts, and almonds.” A desert plant, the pistachio is hardy in the right conditions, needs a sunny position and well-drained soil. Most of the pistachios available in the United States are grown in California. The shell of the pistachio is naturally beige, but it’s sometimes dyed red or green in commercial uses.

This image is my contribution to BWW#115 hosted by Siri of Cooking with Siri. The odd thing about this image is the gold color around the bowl. It came totally by accident when I was playing around with the tone mapping in Photomatix. I thought the effect was pretty cool so stayed with it. Hope you like it too!

I will be hosting BWW #116, the Valentine edition. Anything goes!! Hope to see you lots of images!