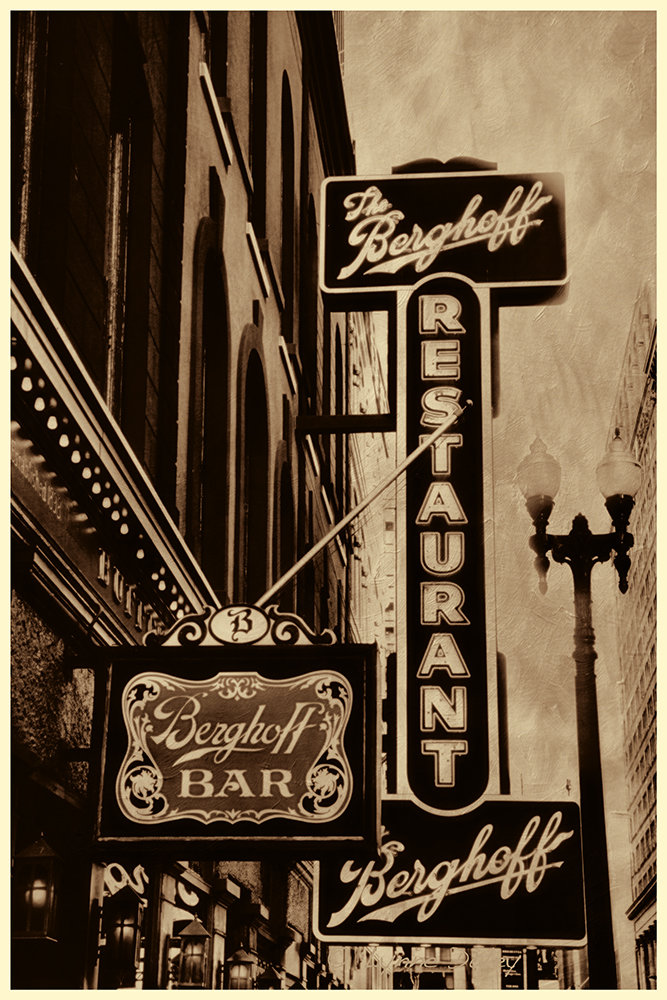 Traveling and family commitments have kept me out of my kitchen baking holiday treats, but I am able work on some of my travel photos for  Black and White Wednesday created by  Susan of The Well-Seasoned Cook who has been posting some tantalizing holiday treats and beautiful food photos in the past few days.

Inspired by the wide acclaim his Dortmunder-sytle beer received at the Chicago World’s Fair of 1893, Herman Berghoff opened the Berghoff Cafe in 1898. Beer cost a nickel and sandwiches were free. Critics gave him six months, but Berghoff was highly successful even during the Prohibition years (1919-1933) serving near beer and Bergo soda pop.  With the strong Prohibition following, but unable to survive on beer sales alone, Berghoff began serving food. The Berghoff’s historical facade has remained unchanged since early 1950. Source.