This edition of Thirsty Thursday features another libation  duo– a gin-based cocktail made with a cinnamon basil blackberry syrup and from my Thirsty Thursday collaborator, Vibi of La Casserole Carree, a cocktail tribute to Romeo and Juliet, the star-crossed lovers in William Shakespeare’s play. Too bad they didn’t drink this tequila/Grand Marnier  cocktail rounded out with addition of fresh peach juice and cherry liqueur -potent, but not a poison. 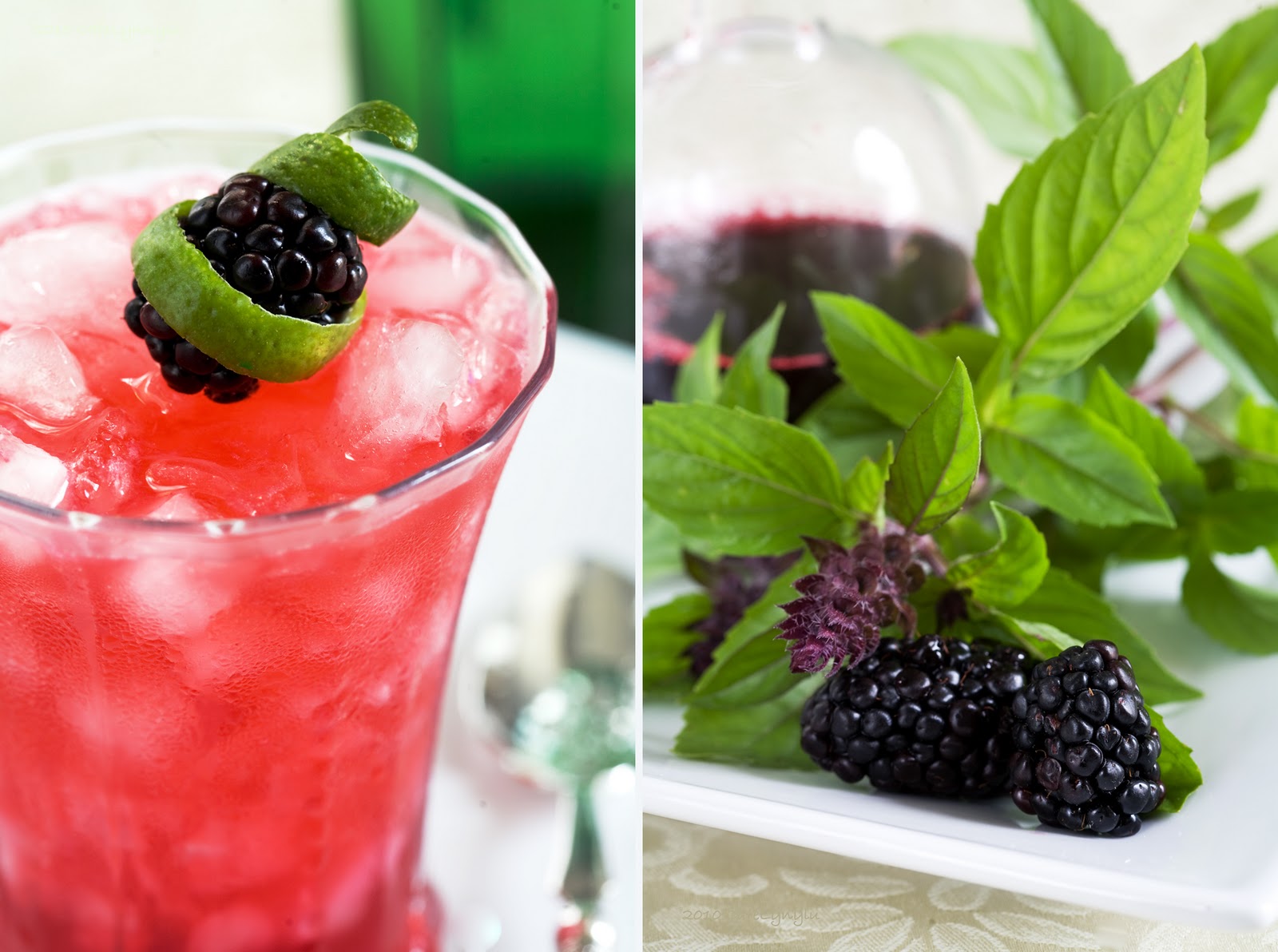 This is the season for local blackberries. I buy them every year and either enjoy them immediately or freeze them to make desserts or sauces-sweet and savory-during the winter months. Inspired by  this cinnamon basil syrup, I made a blackberry cinnamon basil syrup with some beautiful fresh blackberries I bought just recently. The syrup is simple to make and not only can be used for alcoholic drinks, but would be delicious in lemonade, iced tea or as a sauce for ice cream and waffles. 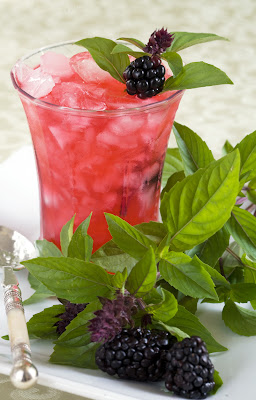 Rinse and drain blackberries, place in a bowl and using a potato masher, crush the blackberries. Line a medium bowl with cheesecloth, pour in the crushed blackberries and juice into the cheesecloth. Bring each corner to the middle and squeeze until all the juices have been extracted. Weigh the syrup, then combine it with an equal amount of sugar and the cinnamon basil leaves. Bring to a boil. Boil and boil for 5 minutes. Remove from heat, skim foam and let cool. Strain and discard cinnamon basil. Store in refrigerator. Makes about a cup. 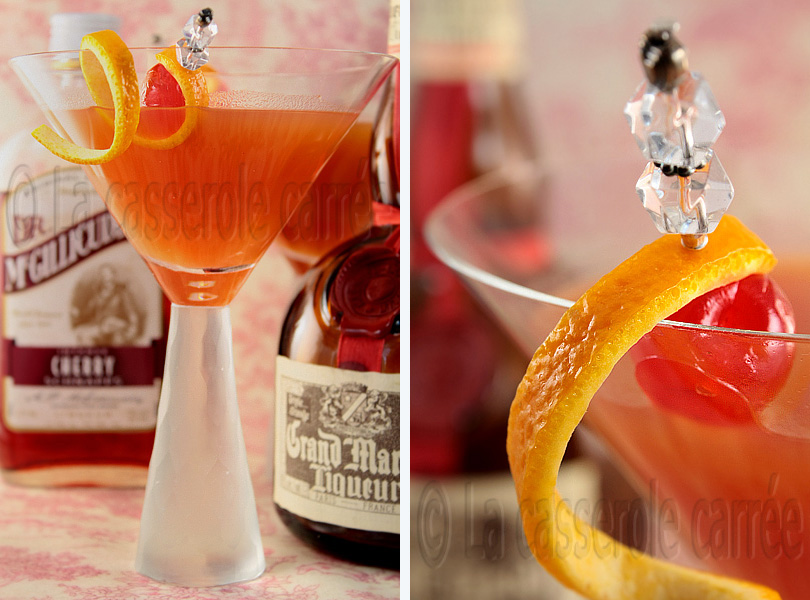 With Vibi’s Romeo and Juliet cocktail recipe, she posts a lovely poem and song, “Kissing You” recorded by Des’ree for the soundtrack of the  1996 film ” William Shakespeare’s “Romeo + Juliet” starring Leonardo de Caprio and Claire Danes. The words are haunting and the cocktail is as beautiful as the story of the two ill-fated lovers. 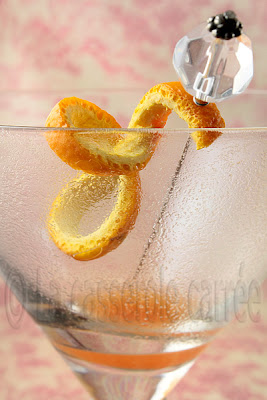 Thanks again to Vibi for allowing me to post her beautiful photographs on this edition of Thirsty Thursday. You can find the recipe for the Romeo and Juliet Cocktail on her website, La Casserole Carree. Looking forward to posting the next luscious libation.