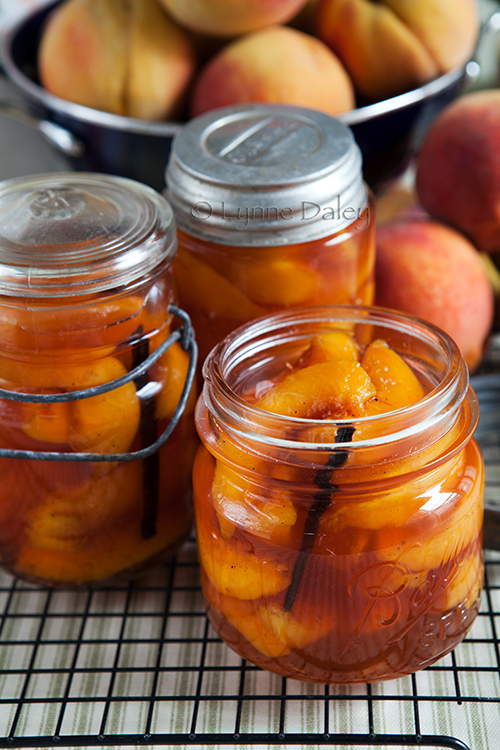 Peaches were first cultivated in China and were mentioned in Chinese writings as far back as the 10th century BC. Eventually, the peach made its way to Europe and the Americas where it was a popular treat. Although Thomas Jefferson cultivated peach trees at Monticello, commercial production of peaches did not begin until the nineteenth century. The Southern states of the United States lead in commercial production of peaches.

Peaches are divided into two categories-Clingstones and Freestones. Clingstones seem to be the first crop out in the summer whereas Freestones (my preference as the stone comes easily away from the flesh) are available several weeks later, at least where I live in Georgia. High in antioxidant Vitamin C, a medium peach has around 65 calories, a great low fat nutritional snack. Delicious as desserts, peaches are also great grilled and served as a side dish. 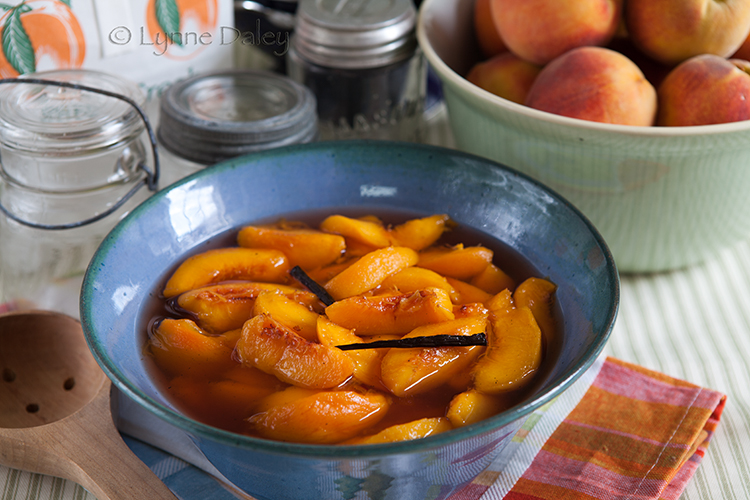 Poached in an intoxicating Bourbon syrup, these luscious peaches gleam when served over vanilla ice cream, but are also delightful with waffles and pancakes. The poached peaches can be refrigerated for up to one month. If properly canned, they can be kept at room temperature for up to three months. Recipe from Martha Stewart Living Magazine,  August 2011.

Wash peaches. Bring a large pot of water to a boil. Meanwhile, prepare an ice-water bath.Cut a small  X in the bottom of each peach. Boil peaches for1-2 minutes. My peaches were refrigerated so took about 4 minutes to loosen the skin.

Bring 4 cups water, the sugar, the vanilla seeds and pods to a boil in a large saucepan, stirring until sugar dissolves. Add sliced peaches and Bourbon. Simmer until peaches are tender, but still hold their shape, 5-7 minutes.

Transfer peaches to a large bowl using a slotted spoon. Cook syrup over medium heat until reduced by half, about 15 minutes. Pour over peaches. Cool completely.

Divide peaches among five 12-ounce sterilized jars using a slotted spoon. Pour syrup over tops. Add vanilla pods to jars, if desired. Seal jars and refrigerate  until ready to use. 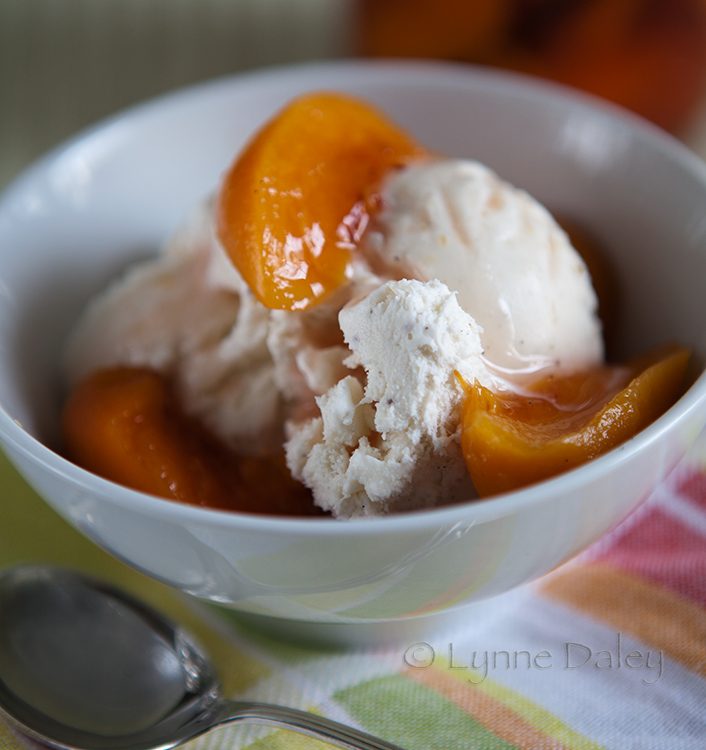 This is my entry as host in Weekend Herb Blogging #296. 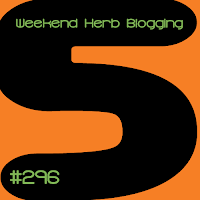