A Moroccan dish traditionally served for sumptuous wedding feasts or other grand occasions, B’stilla-bastila-pronounced basteela was originally made with pigeon or squab. Cinnamon, coriander, ground ginger, the earthy saffron and onions along with the meat-flavorful skinless chicken thighs are a more modern substitution- marinate briefly at room temperature or in the fridge for no more than a day, then is cooked in chicken broth until the meat is tender and falling off the bone. The aroma while cooking wafts through my kitchen. This is definitely going to be a hit with my family. 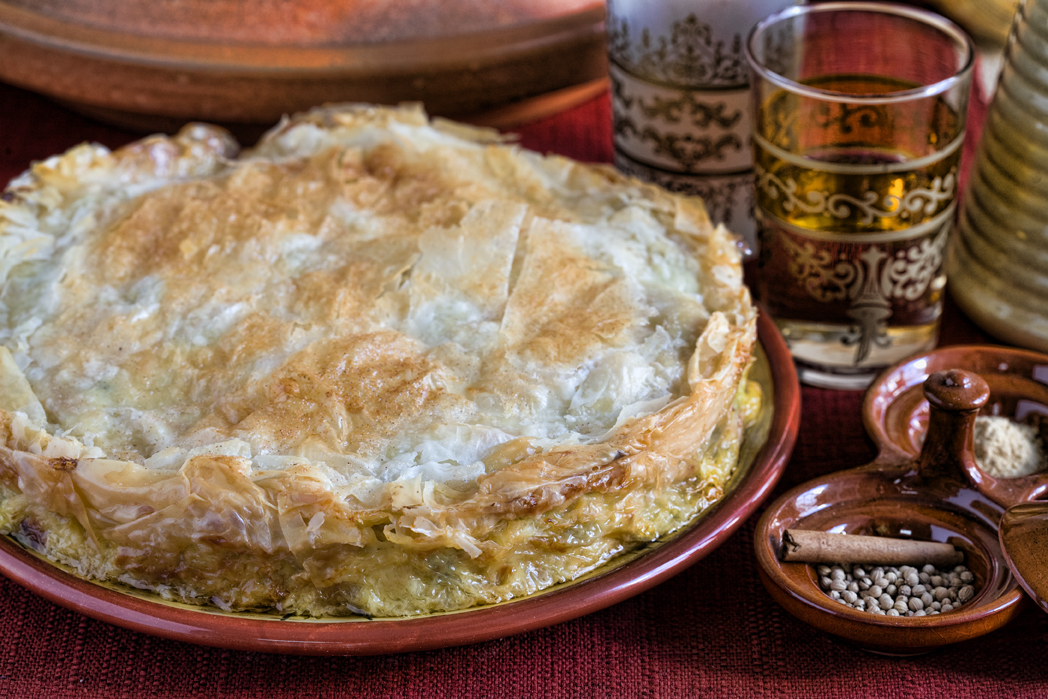 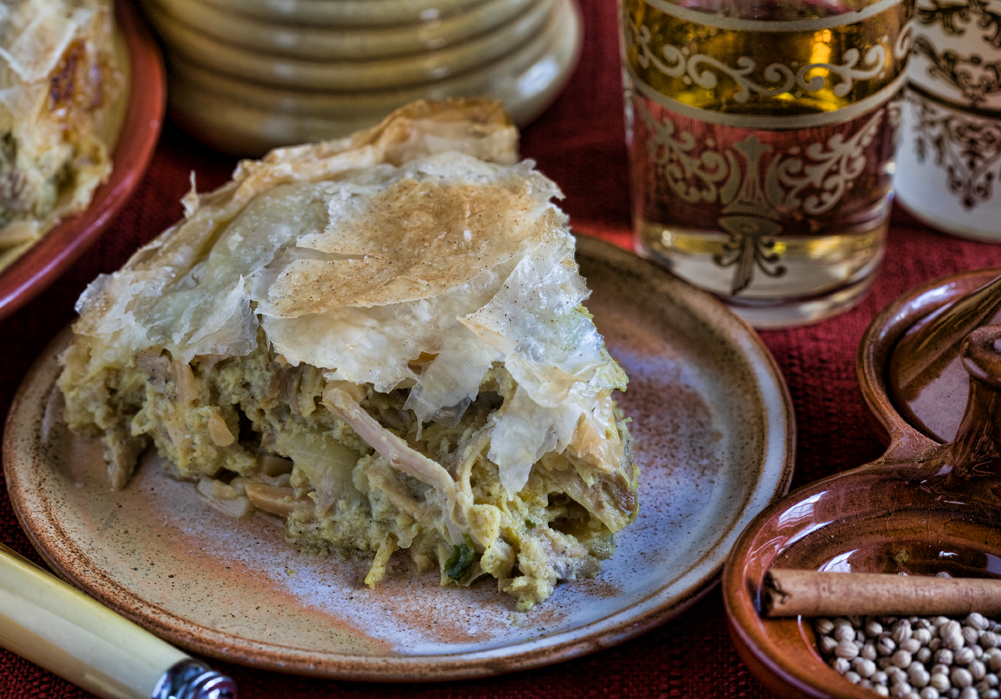 The magic begins when the tender chicken is removed from the bone, set aside and the strained broth is reduced about half. Then a swirl of eggs, honey and lemon juice is whisked in and cooked until a lovely sauce is achieved. The chicken along with cilantro and parsley are mixed into the sauce. Encased in buttered filo dough sheets sprinkled with toasted almonds, the prepared b’stilla is brushed with butter and dusted with cinnamon sugar. The chicken and sauce can be made up to a day ahead and chilled until ready for the filo dough construction. After baking, the b’stilla can be served warm or room temperature.  A great dish meant to be eaten with the hands, but I find forks much easier.  Personally, I would like a thinner pie, so would make the b’stilla using the same amount of filling to make two pies, but keeping the same filo dough requirements for the one pie. The recipe for this delicious can be found in “Around My French Table” by Dorie Greenspan. French Fridays with Dorie is a group formed to cook all the fabulous recipes in this marvelous cookbook.