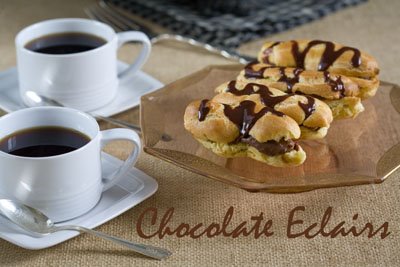 Tony and MeetaK, hosts for the August Daring Bakers’ challenge picked a most elegant pastry that most everyone loves, but probably won’t make at home because not only does the choux pastry looks intimidating, but the pastry cream has to be prepared in advance as well as the chocolate glaze. All these steps can be done in stages and the eclairs can be assembled when ready to serve with little effort. 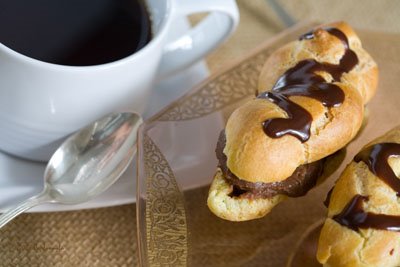 I joined the Daring Bakers’ group to broaden my knowledge of all things baked, fancy and plain. The chocolate eclairs is a dessert that I saw prepared years ago when I took a French cooking class in Dieppe, a city in the Normandy region of France. My husband was in the US Air Force Medical Corps and was stationed at RAF Lakenheath near Cambridge, England. A few friends and I took the ferry over from England to France and stayed in a hotel where the classes were being given. It was my first cooking class, but was mostly demonstration and not hands-on. However, it fostered my love for the French cooking techniques and was wonderful travel experience 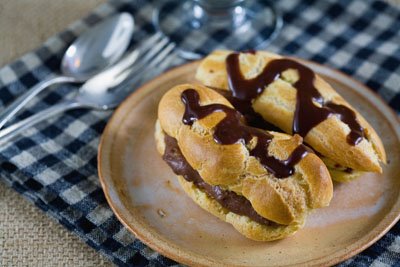