While it was a joyous process to drive out in the lovely Ohio countryside ablaze with the colors of Fall to pick not only Mutsu apple, but the  Melrose, the official apple for the state of Ohio, I’m knee deep in apples! With over a bushel of apples, I realize that the work is not picking the apples, but finding ways to use them. So far, I have made apple butter, apple simple syrup and applesauce which has made only a small dent in my cache. Even though baked apples will only use up a few apples,I couldn’t resist these baked apples stuffed with stem ginger, almonds, golden raisins and bathed in a heady spicy hard cider glaze. 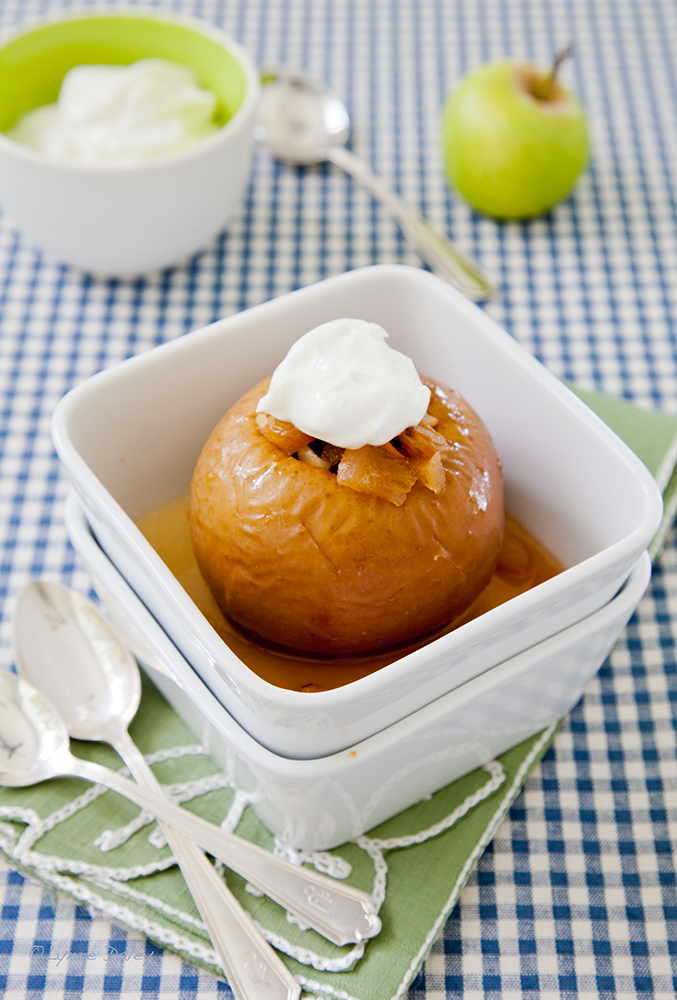 Often called the “oven buster” apple as one baked can easily serve two, the Mutsu, introduced in 1948, is a cross between the Golden Delicious and the Indo apple first grown in the Mutsu Japanese province. An excellent snacking apple with white firm flesh and an ambrosial aroma, this apple is also good for baked goods, salads and makes especially tangy sweet applesauce.

The Melrose apple, the official apple of the state of Ohio, introduced only a few years earlier than the Mutsu has yellowish green skin with a blush of red and russet streaks. It’s a great keeper with more intense fruity flavors developing after the apples have been off the tree for a few months. 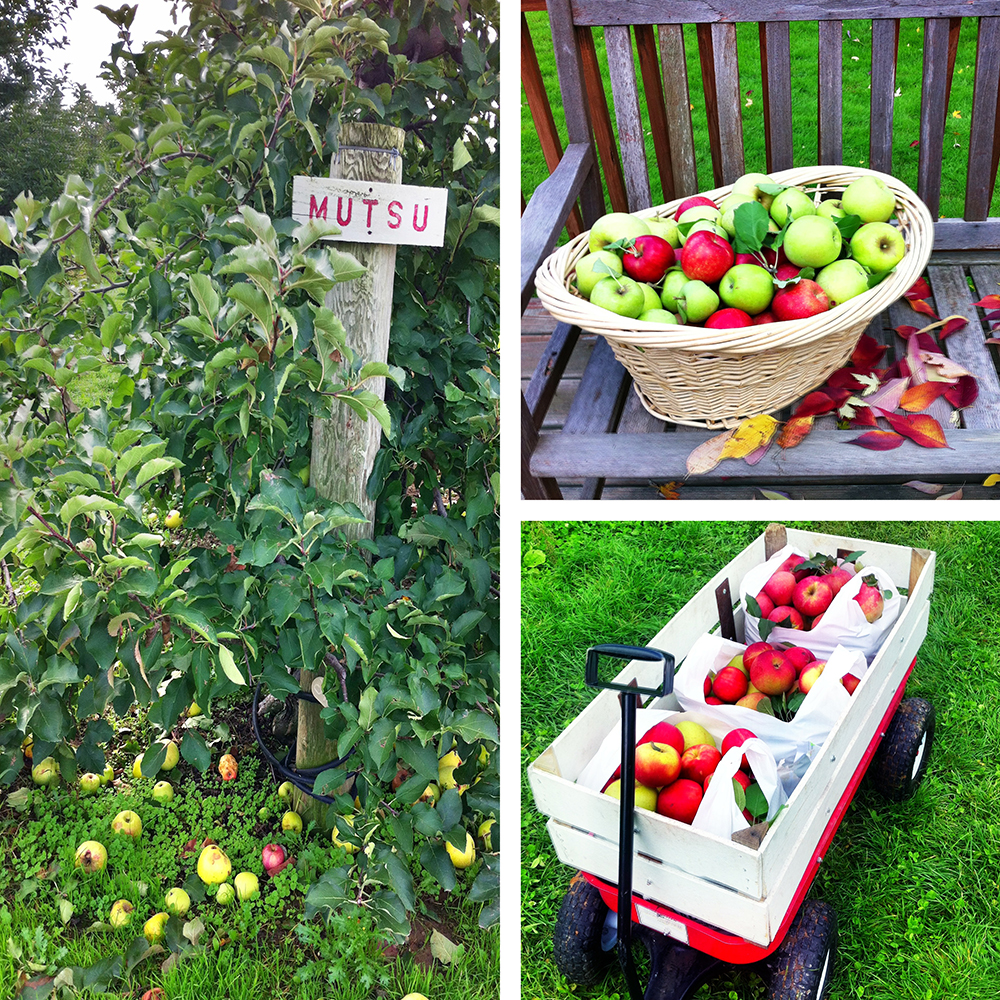 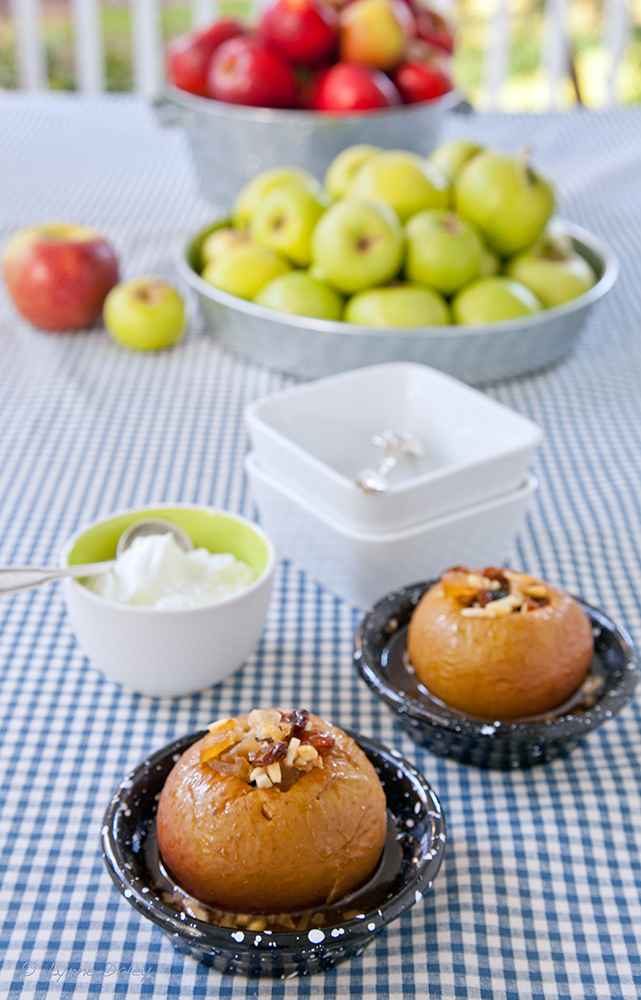 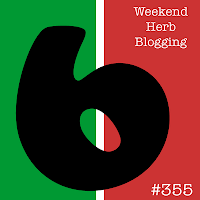