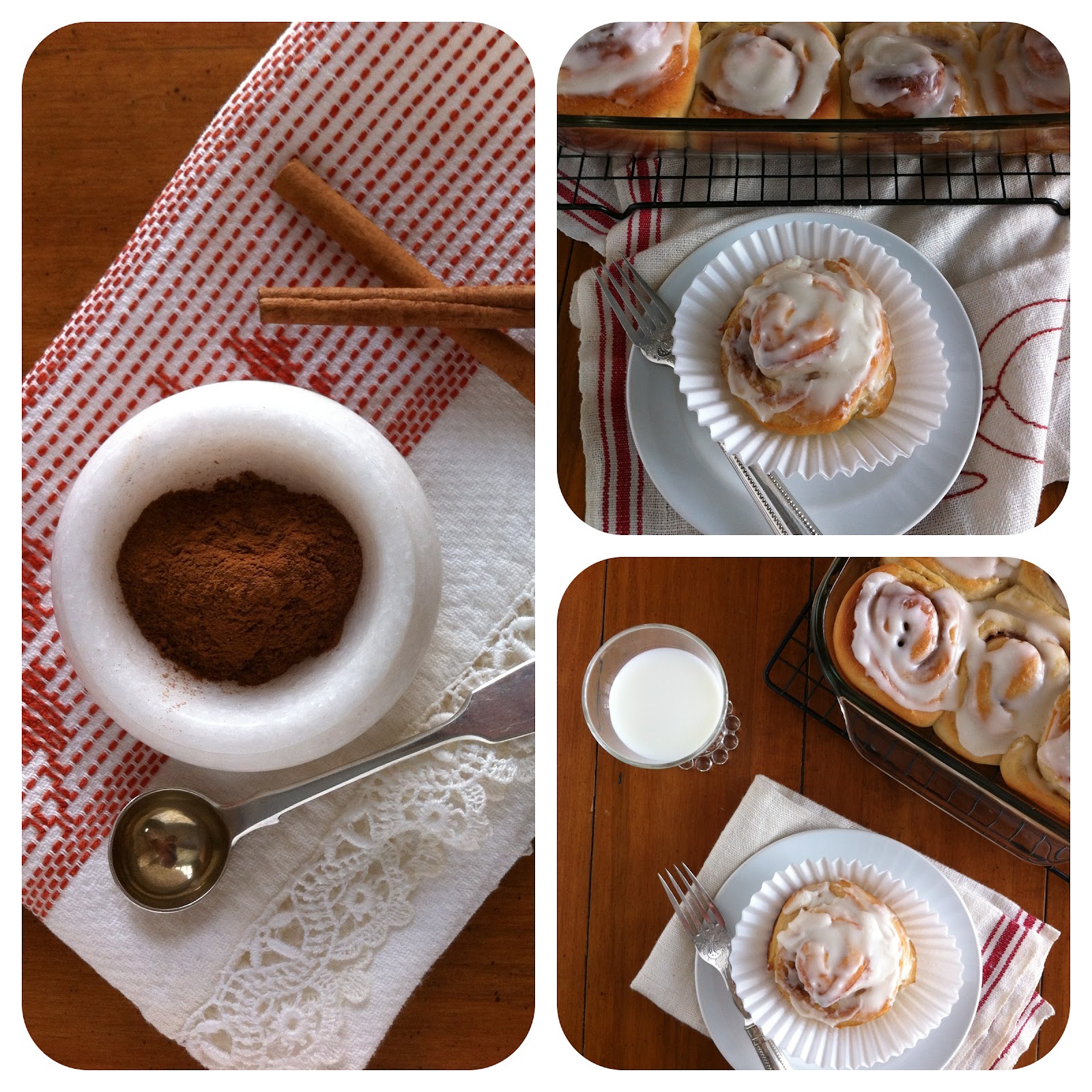 I suppose if I’m  well-known in my family for a specific dish, it would be chicken enchiladas (which one day, I will photograph the dish before it’s devoured) and these cinnamon rolls. I began making them for my girls before they went off to college and continued to bring them to their dorm mates and boyfriends. Now that they are all married and I have grandchildren, I have begun a new tradition.

Now instead of the mixer, I use my bread machine to make the dough and they come together in a snap. Also, I used to bake the cinnamon rolls as you would bake any roll, but I’ve found that by cooking them all-together in a pan, they rise better and and don’t dry out as fast. Of course, they are usually consumed before they have a chance to dry out. And while, I love nuts and sometimes raisins, the palates of my grandchildren don’t agree. These are delicious!

In a saucepan, heat milk and 2 tablespoons butter until very warm. Place milk mixture, salt, flour, yeast, sugar and egg to the pan of the bread machine in the order suggested by the manufacturer. Process on the dough cycle.

When the dough cycle has completed, remove dough to a lightly floured surface, cover with bread machine pan. Let rest 5-10 minutes. Roll out dough into a large rectangle. Spread the softened butter all over leaving about 1/2-inch at the edges. Combine the cinnamon and sugar. Sprinkle over the dough.

Roll the dough into a log, beginning at the long side. Cut into 12 slices. Place the rolls cut side down in a 9×13 greased baking pan. Cover, and let rise in a warm place until almost doubled, about 30 minutes.

Preheat the oven to 375°. Combine the confectioners’ sugar, melted butter, vanilla and the 1-1/2 tablespoons milk until a thick frosting is attained. Set aside while baking the rolls.

Bake the rolls in the oven until golden, 20-25 minutes. Remove to a rack and allow to cool about 10 minutes. Spread the frosting over the rolls. Makes 12 rolls. 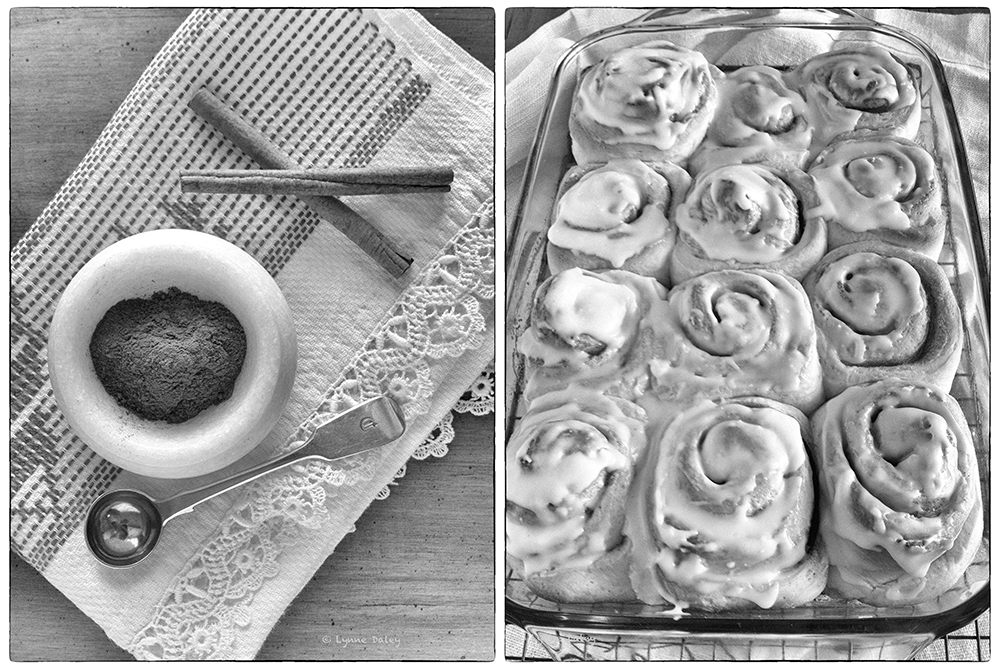 All photos were shot with an iPhone 4 and processed with various apps including Instagram, and PicFrame.
ALL CONTENT © CAFE LYNNYLU