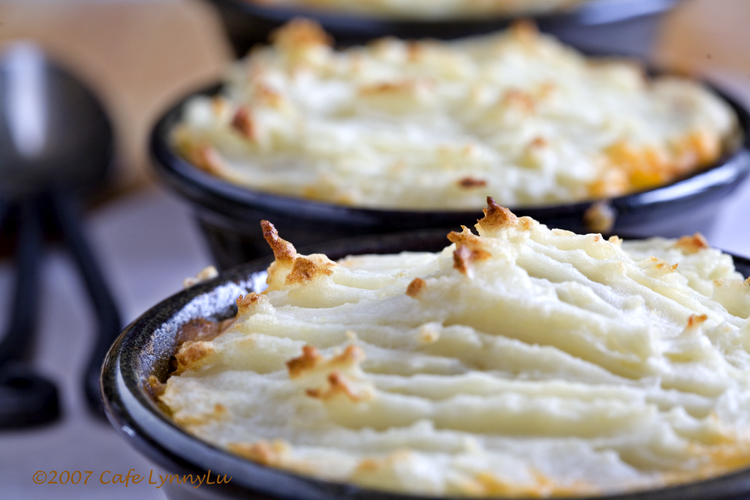 Meat pies in England date back to the Middle Ages. The pies consisted of meat, either lamb or beef, but also game was used. Cooked for hours over a slow fire, the pies were seasoned with spices and served in pastry. The Elizabethans favored pies made of mince meat, spices, raisins and prunes, hence “mincemeat”.Shepherd’s pie made with cold lamb or mutton and topped with mashed potatoes didn’t appear in England until the acceptance of potatoes in that country. Potatoes were introduced to Europe in the early 1500’s by the Spanish, but didn’t appeal to the English palate until the 18th century. A frugal dish designed to use up leftover meat, Shepherd’s Pie originated in the north of England and Scotland where there were large numbers of sheep.Cottage Pie and Shepherd’s Pie are synonymously used to describe a dish made with minced meat and mashed potato topping, but to clarify the difference, Cottage Pie, the much older term for the pie, is made with minced beef and Shepherd’s Pie with minced lamb. Today, it doesn’t matter whether you call the pie Shepherd’s or Cottage. The most important thing is the pie tastes wonderful and is a hearty and satisfying dish for winter meals. A veritable blank canvas, what goes into the meat mixture for Cottage or Shepherd’s is up to the imagination and fancy of the cook. For further reading on Cottage and Shepherd’s Pie’s, click here.Cottage Pie 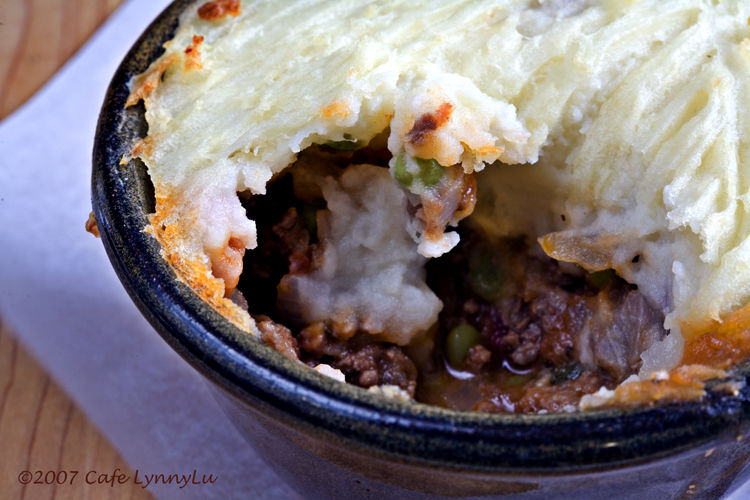 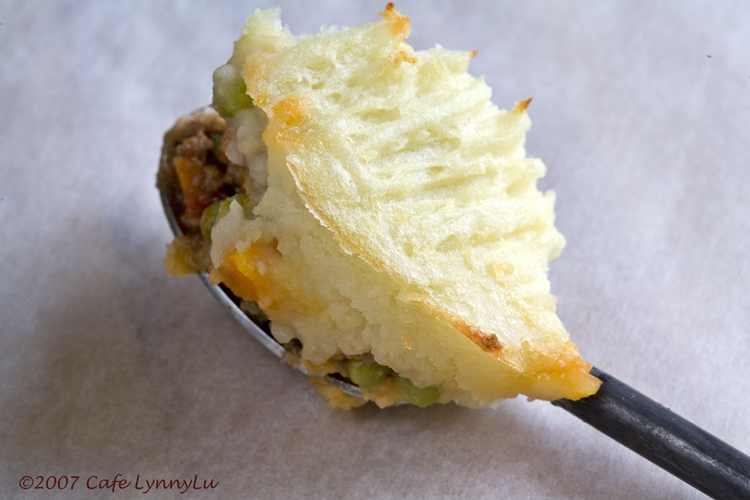