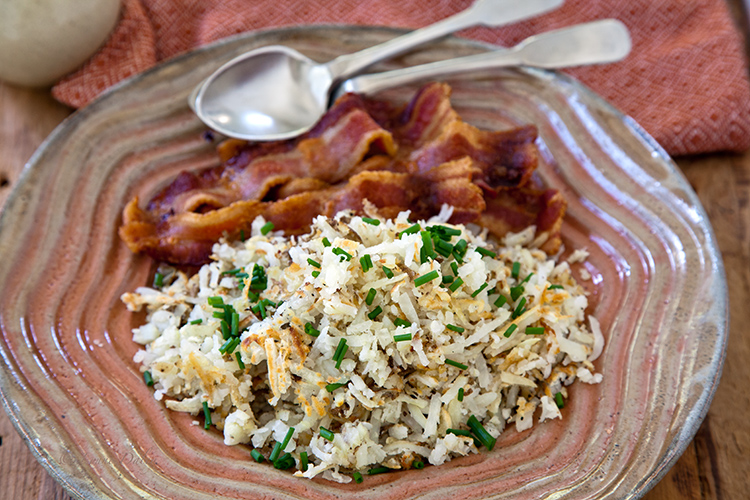 My hash browns are not as easy as opening a package of frozen ones, but if you make these, you will most likely never buy the supermarket frozen ones again. There’s hardly a recipe for them as I have made them for years. Unadorned except for salt, pepper and chopped chives, they fry up in less than 10 minutes if you have baked the russet potatoes ahead of time, cooled and then refrigerated them until ready to grate. Even the peel is grated along with the potato adding to its nutritional value. One medium potato along with the skin has about 110 calories-no fat, no sodium or cholesterol. More information here. 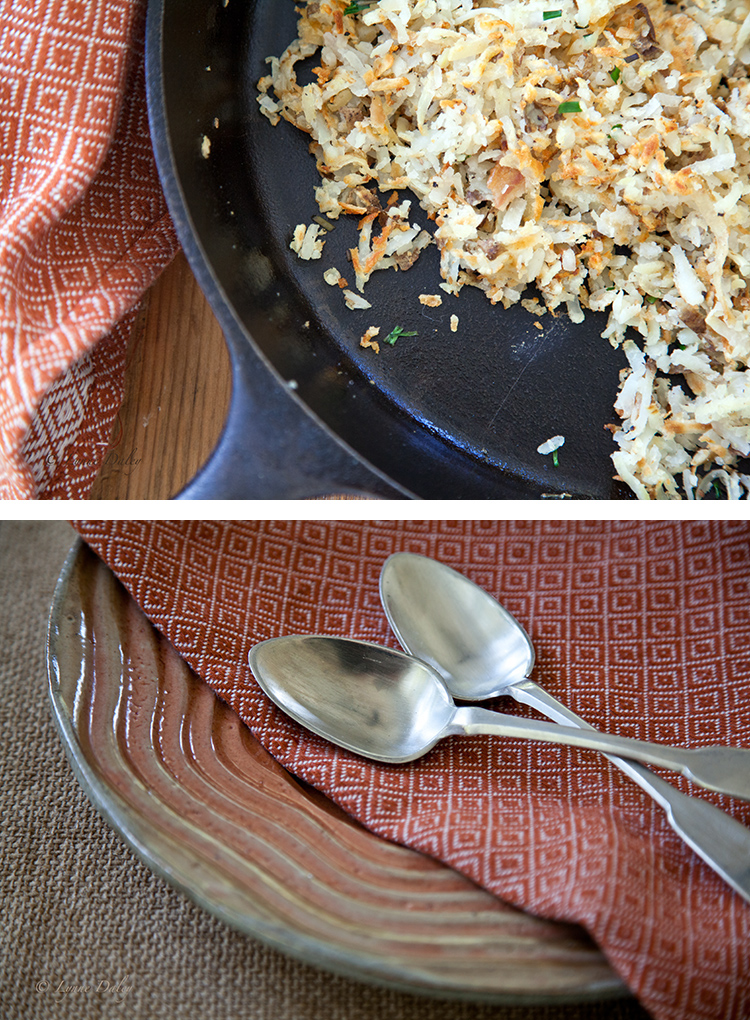 Heat oil  in non-stick skillet over medium-high heat. When hot, add potatoes in one layer. Let cook 3-5 minutes, turn and cook, turning occasionally until  most all of the potatoes are golden brown. Don’t turn too often and they will become mushy instead of crisp.

Please do not use images or text without my permission. Crispy Hash Browns