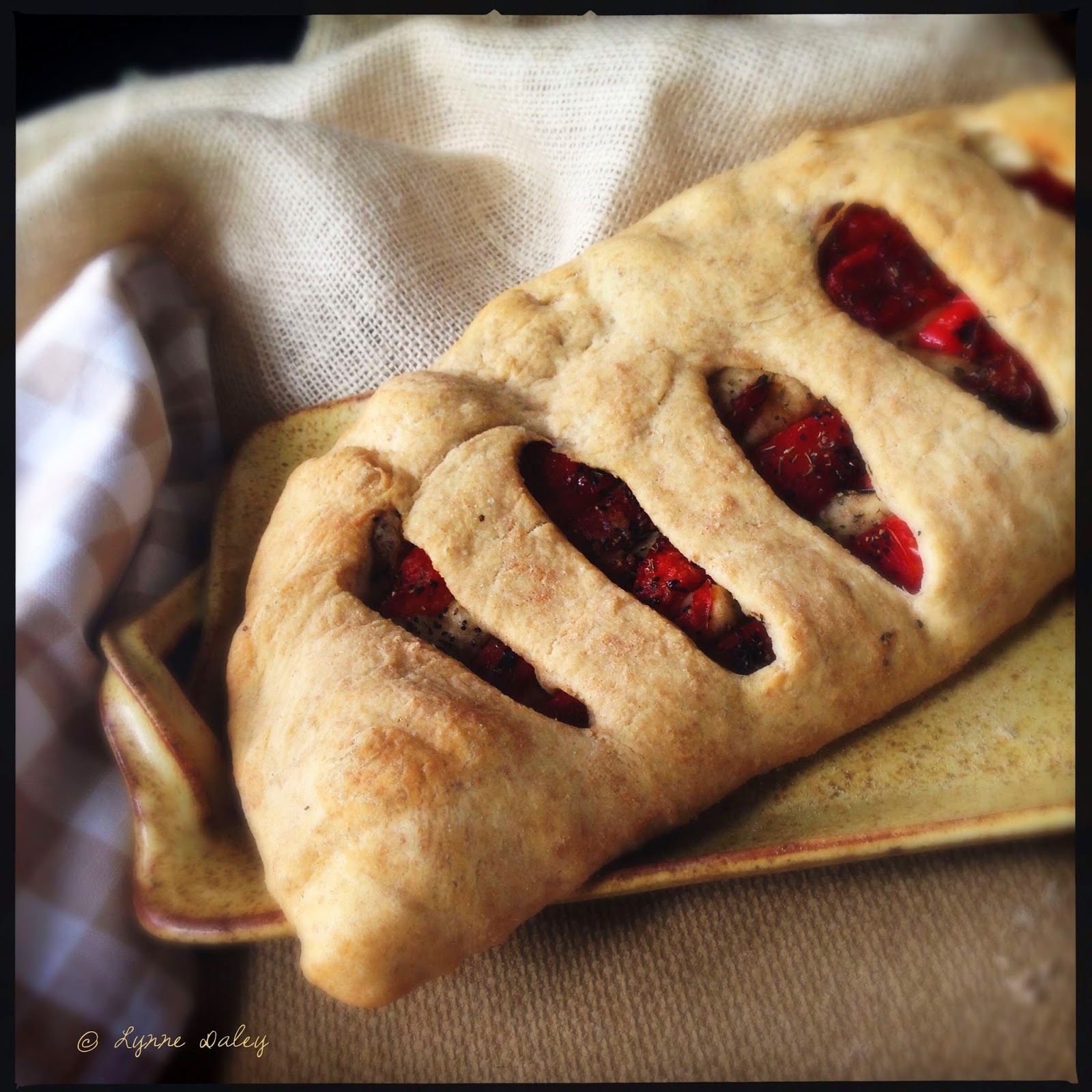 Shiny bits of glistening roasted red pepper peek through the slits of this very festive fougasse (pronounced foo-gahz), a  rustic peasant flatbread with a moist and chewy crumb. The red peppers are easily blackened using a gas or charcoal grill giving the peppers a rich and smoky flavor perfuming the entire fougasse.

Only slightly adapted from the original recipe in Artisan Bread in Five Minutes a Day, the dough is a pre-mixed high moisture dough, a technique developed by authors Jeff Hertzberg and Zoe Francois which helps home cooks re-create the once time consuming great European breads. This peasant bread dough makes four loaves of bread. I used one-fourth for the roasted red pepper fougasse and refrigerated the remainder for later use.

This is my contribution to We Knead to Bake #14 whose challenge this month was a stuffed savory bread. Thanks to Aparna for creating this Facebook baking group. 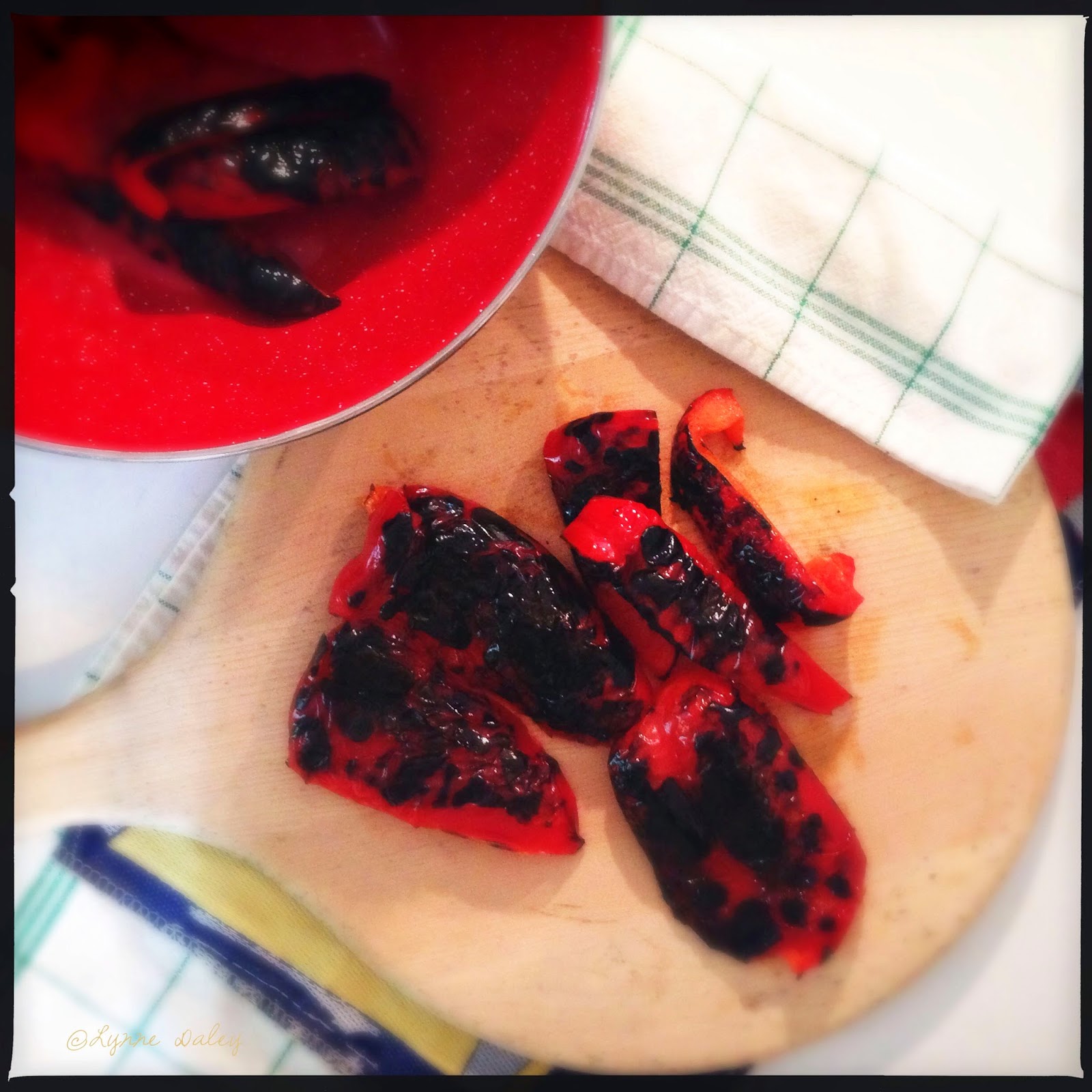 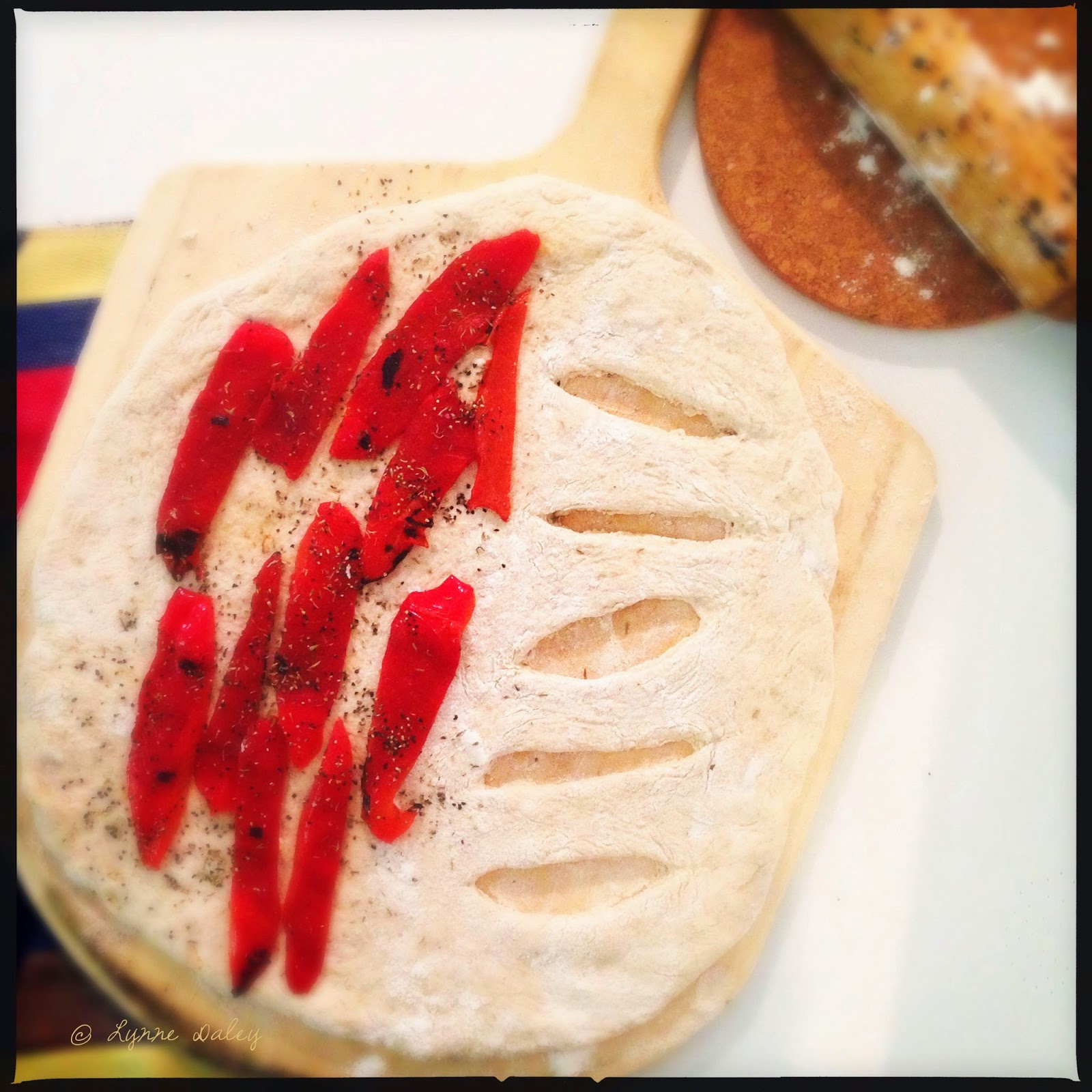