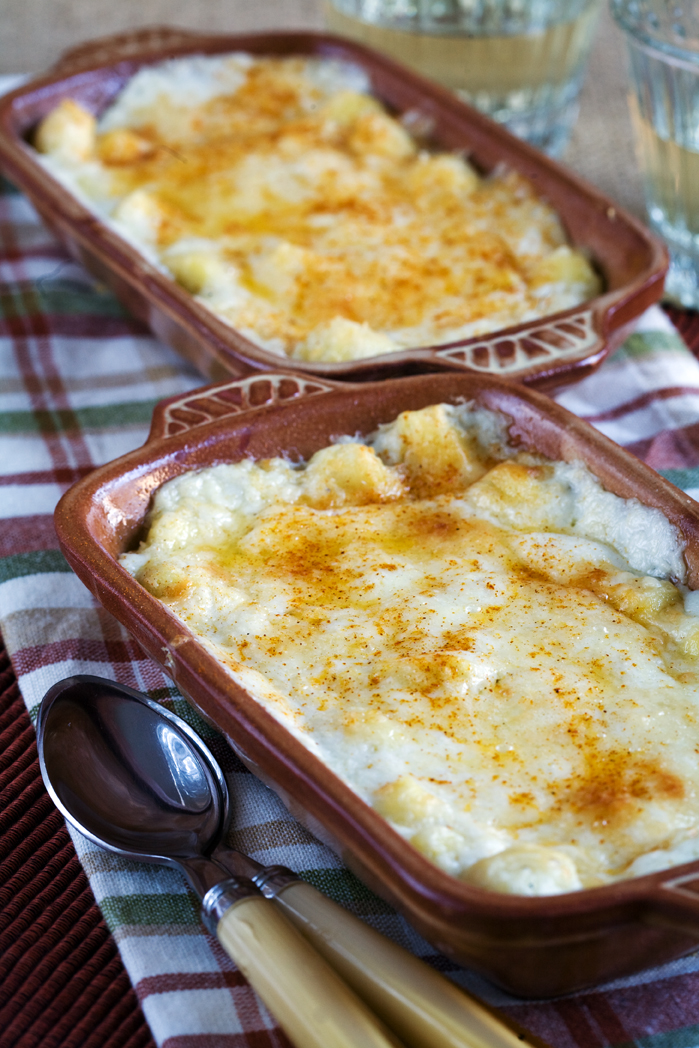 Gnocchi are small fat dumplings traditionally made from flour, potatoes, semolina, bread crumbs or similar ingredients. Derived from the Italian word gnocco, meaning knot in wood or nocco, meaning knuckle, gnocchi has roots in Middle Eastern cuisine having been introduced by the Romans during the vast expansion into Europe. In the last few thousand years, the gnocchi has been refined by each country as their own, but remains true to its age-old heritage. Source. However, somewhere along road, the French invented a new gnocchi made from the famous pate à choux, or cream puff dough. The dough is poached in in the same manner as gnocchi, but in gnocchi à la Pariesenne, the gnocchi is cloaked in a bèchamel sauce, covered with shredded cheese and baked until bubbly and browned. A delicious family recipe given to Dorie by her longtime friend, Paule Caillet. This divine recipe is in Ms. Greenspan’s new cookbook Around My French Table and is the pick of the week for French Fridays with Dorie.  Each month, four recipes are chosen from the cookbook, prepared, photographed and posted by members of the FFWD.

Having made gnocchi from potatoes before, I had trepidations about a cream puff pastry gnocchi. Dropping the prepared dough by teaspoons into the simmering water wouldn’t make a perfect shaped gnocchi, it seemed. But while reading through the question and answer comments on the FFWD site, Karen of soupaddict suggested instead to either place the dough in a piping bag without a tip or place the dough in a plastic bag with a small notch cut in the end and with scissors, cut off  uniform pieces of the dough  into the simmering water. The plastic bag idea worked great for me and my trepidations evaporated. Thanks, Karen! 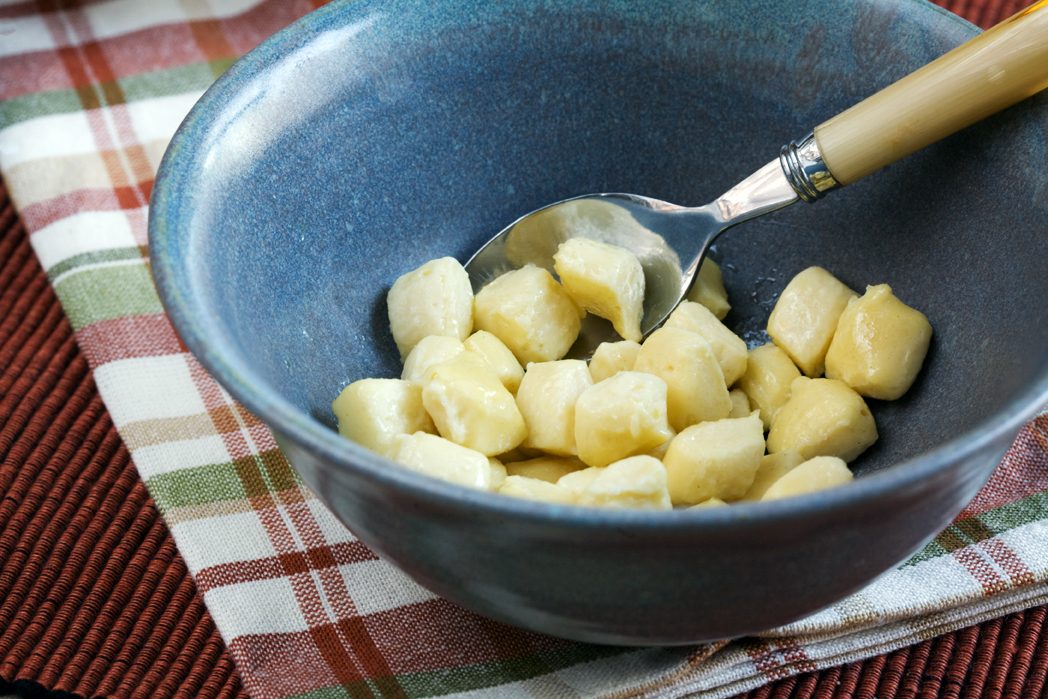 Bèchamel sauce is called the mere,  mother sauce in France. It is a basic white sauce to which many variations are made. The 6 tablespoons flour to 2-1/2 teaspoons butter ratio for two cups of milk made a very thick bechamel sauce. I thinned the sauce before covering the gnocchi. Next time, I will use a basic white sauce ratio of 4 tablespoons butter and 4 tablespoons flour per 2 cups milk. Covered in a combination of Parmesan and Comte, the finished gnocchi à la Pariesienne was delicious. Dorie cautioned in the sidebar that the dish will not and should be brought directly to the table from the oven. However, we eat after the sun goes down, so I photographed mine, then warmed it for dinner. Although, it was much better just out of the oven, it still was superb.