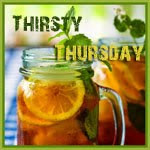 Curious as to where the Japanese Slipper cocktail gets its name? The term originally referred to a type of flat casual sandal brought back to the United States from Japan after the Second World War by American servicemen. These slippers which drew their origin from ancient Egyptian footwear eventually evolved into the flip-flops we now consider de rigueur for the beach. The slipper and the cocktail connection-a mystery!

Considered an “official drink” by the International Bartenders Association, the Japanese Slipper cocktail was created by Jean Paul Bourguignon of Melbourne in 1984. Midori, a honeydew melon liqueur gives the drink the lovely green color and fruity taste. Midori liqueur, produced by Suntory in Japan was launched in the United States in 1978. The liqueur was all the rage at a grand party at Studio 54(touted as the world’s most famous nightclub) and attended by the stars of the 1977 hit movie, Saturday Night Fever, including the new star, John Travolta. After its success in the US, Midori was launched in Australia and then Europe where now is available in more than 30 countries around the world.

Traditional ingredients include Midori, Cointreau and lemon juice. Vodka is sometimes substituted for the Cointreau making the Japanese Slipper a more powerful drink. Lime juice is often used in place of the lemon juice. A very versatile drink, indeed and a perfect drink to serve with Asian food. Although the Japanese Slipper cocktail is most often served in a martini glass, I’ve used tall slender glasses for presentation.