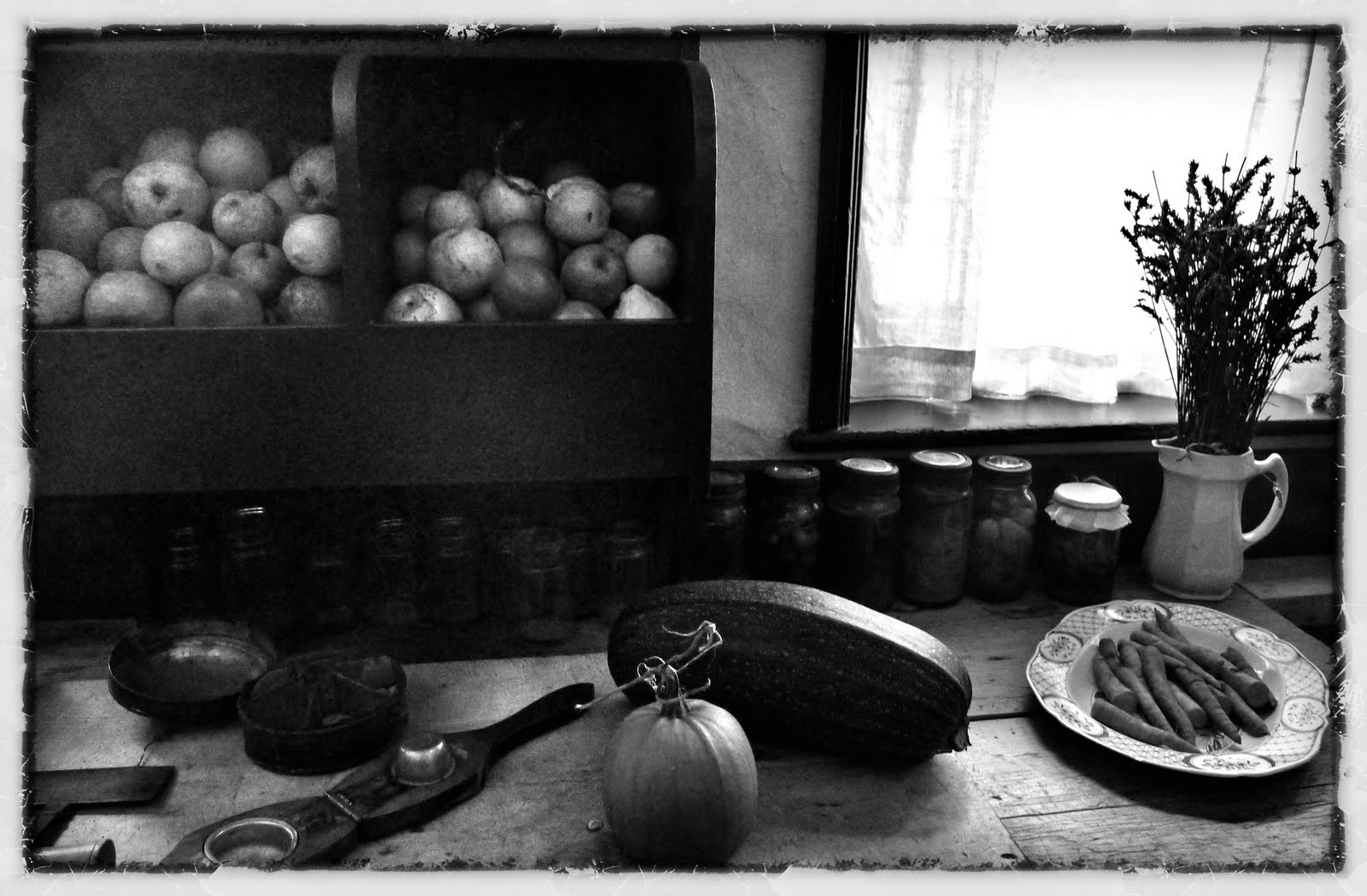 The scullery at Lanhydrock House in Cornwall, England, one of the several rooms dedicated to preparing food for the many generations of Robartes family. Lanhydrock House was built in the 1620’s and was occupied by the same family until 1953 when it was given to the The National Trust. For Black and White Wednesday, created and hosted by Susan of The Well-Seasoned Cook who has one of the best blog events going in the blogger world. Image shot with a Leica d-lux5, uploaded to an iPad and edited with Snapseed.  Because we travel frequently, either in the car or on an airplane, this editing program is my go to for the times when I don’t want to use my computer. Before I travel, I use a card reader to upload the photos I want to edit, then while on the road or in the air, I can access them easily.