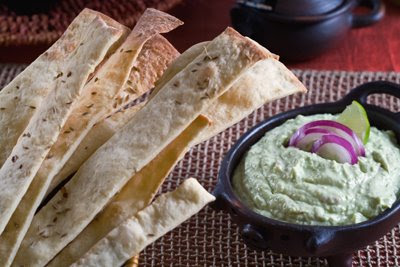 Gosh, I almost forgot about this month’s Daring Baker challenge! I’ve just now recovered from my ten day trip to visit friends in England so began seriously deciding what I would cook for the Fall which, by the way, is my favorite time of the year. Somehow I thought that this Daring Baker challenge was a week away instead of a day away. Baking bread really gets me excited and I couldn’t miss the chance to make Lavash.I was going to Savannah for the weekend so hopped out of bed early Friday morning to make the dough for the cracker-type flatbread known by many different names in Middle Eastern and North African cuisine, but shares the basic premise in that the dough is flattened out before baking. Flatbreads were on my mind. This past week, I made a flatbread from one of my favorite cookbooks by the brilliant team of Jeffrey Alford and Naomi Duguid, so I was in the bread making zone. The Lavash recipe that Shelly of Veganfish and Natalie of Glutenagogo, hosts for the September challenge, chose for us was a simple, no frills dough with flour, yeast, salt, sugar, a little oil and water. A gluten-free choice was given and a dip of our choice for the crackers as long as the ingredients were vegan. Perfectly ripe avocados were waiting to be transformed into some sort of dip, but I had to make sure that the ingredients follow the vegan rules. Looking at recipes on the Internet, I found a vegan sour cream using silken tofu as a substitute for sour cream. I had found my dip so got to work making the vegan sour cream to blend with the avocados. Red onion and chipotles en adobo added extra flavor and some heat to the dip. Toasted cumin seeds were used to top the crackers before baking. A great challenge! Lavash will be an important bread in my baking repertoire. 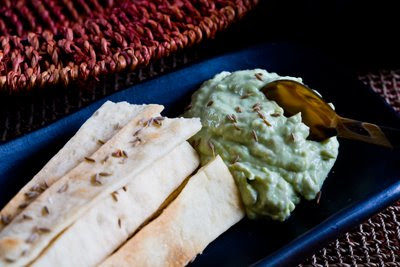 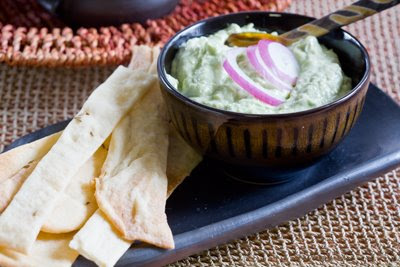 Creamy Avocado Chipotle DipRipe avocados bought in a grocery store sometimes have bruises and bad spots on them which is why I buy my avocados rock hard about a week before I plan to make guacamole. They ripen much better without being tossed about and dropped in the produce section. Once they ripen, if I’m not using them immediately, I’ll store them uncovered in the refrigerator for a few days. When in a pinch and you have to buy your avocados the day you plan to make the guacamole, be sure to check for bruises and give them a sniff to make sure they don’t smell sour. 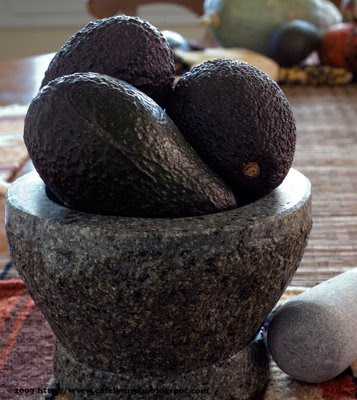 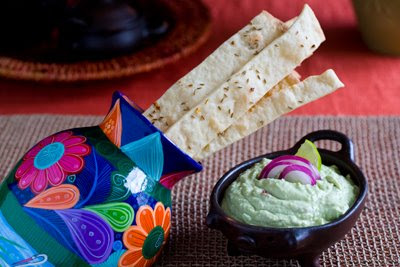