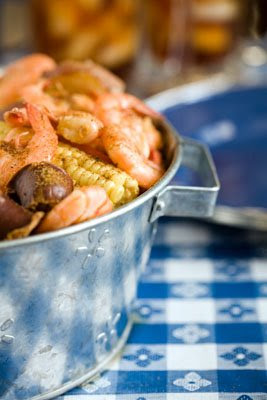 Whether you call it Low Country Boil, Frogmore Stew or Beaufort Stew, the basic ingredients of this tasty, crowd pleasing dish are shrimp, corn, potatoes, sausage and a seasoning pack of Crab boil or Old Bay Seasoning. Popular as a casual dinner by the water or as a one-pot dish at a fancy gathering, Low Country Boil is best known in the region of the low country which extends from Beaufort, South Carolina south to Savannah, Georgia. The seafood is abundant and fresh vegetables are sold at farm stands in most all of the small towns as well as at local farmers’ markets. Shrimp, corn and potatoes are all available around the same time of the year here in the low country. On my way out of Savannah after Memorial Day weekend, I stopped by Wilmington Island Seafood Company to buy fresh shrimp for this dish and some extra to freeze. 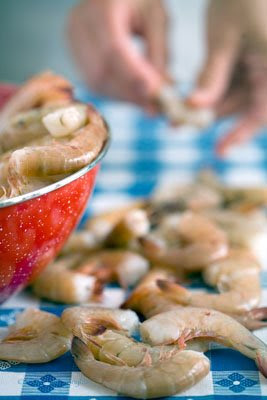 In Savannah, we typically serve this dish for couples wedding showers, retirement parties and also for spur of the moment Saturday night dinners. For a crowd, Low Country Boil is usually cooked outside in a big pot on a propane burner. A turkey fryer with a strainer insert works great. I f cooking outside is not convenient, you can also cook this dish in a large pot on the stove, but be sure and turn on your exhaust fan as the seasoning can sometimes be quite pungent. To make the shrimp easier to peel after cooking, a little secret that I have learned from one my friends in Savannah who prepares all of our low country boils for parties, is to add some a tablespoon or so white vinegar to the boiling water. 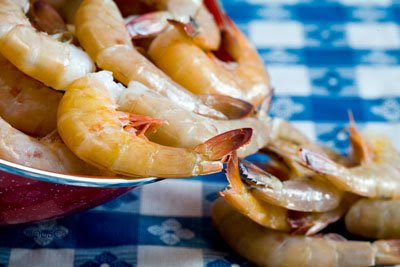 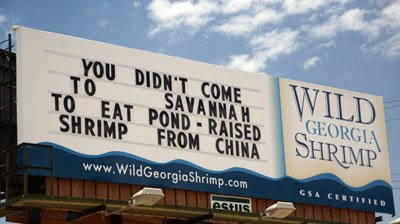