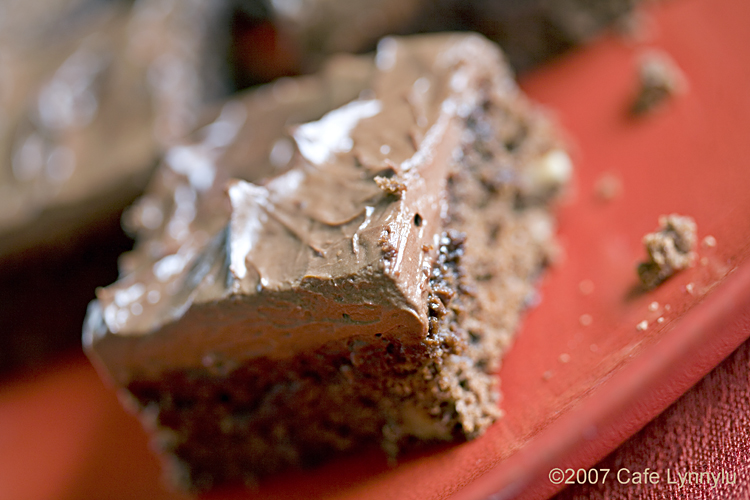 Lately, I haven’t been inspired to cook and photograph, but while perusing “Is My Blog Burning”, I saw that onceuponatart was hosting Browniebabe of the Month and had a really cool apron as the prize. My malaise suddenly disappeared! Time isn’t on my side since the deadline is today, August 17, but I managed to get them made and photographed.I don’t make chocolate desserts very often, but these Mocha Brownies with Sour Cream Frosting looked luscious and had two of my very favorite ingredients, coffee and sour cream.Mocha Brownies with Sour Cream FrostingIngredients2 oz. butter, plus extra for greasing the pan4 oz. semisweet chocolate, broken into pieces3/4 cup dark brown sugar2 eggs2 tablespoons strong coffee, cooled1/2 cup flour, generous1/2 tsp baking powderpinch of salt1/4 cup walnuts, choppedFrosting4 oz. semisweet chocolate2/3 cup sour creamPreheat oven to 350 degrees F. Grease an 8-inch square pan with butter and line with parchment paper. Place chocolate and butter in a double boiler with simmering water in the bottom pan until melted. Remove from heat and let cool.Beat eggs and sugar until light and thick. Fold in the chocolate mixture and coffee. Mix well. Sift the flour, baking powder and salt into the cake batter and fold in. Fold in the walnuts. Pour cake batter into the pan and bake 20-25 minutes, or until set. Let cool in pan.To make the frosting, melt the chocolate by the same method as for the brownie batter. Stir in the sour cream and beat until evenly blended. Spoon the topping over the brownies and make a swirling pattern with a spatula. Let set in a cool place. Cut into squares, the remove from the pan and serve.If you like, you can omit the frosting and serve the brownies warm with vanilla ice cream or whipped cream.Makes 9 large brownies.Recipe from: The Best Ever Chocolate from Paragon Publishing, United Kingdom. 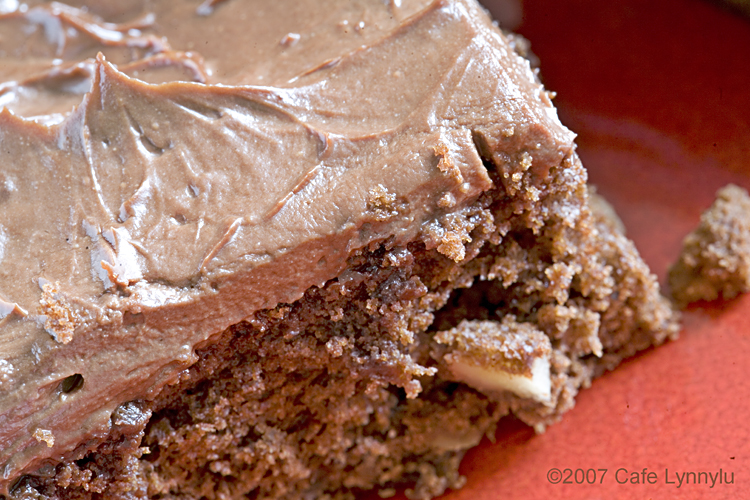