My second posting for Food for Thought, created by Jain of Once in a Blue Moon and Food with Style. My love of reading, food and photography led me to participate in these edible reviews. 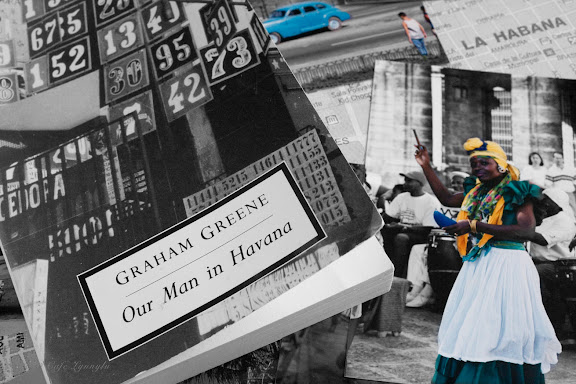 Just recently, my husband and I had lunch at a Cuban restaurant in Savannah, Georgia. I was so impressed with the quality and authenticity of the Cuban food that I dug out my tattered copy of Graham Greene’s, Our Man in Havana, to read again,– my mind on Havana Club rum and black beans and rice. I read Greene’s book among others in preparation for our trip to Havana and Varadero a few years ago. Cuba still falls under the United States 1917 Trading with the Enemy act (TWEA) which restricts travel to Cuba from the United States with certain exceptions-ours being a group of medical professionals. 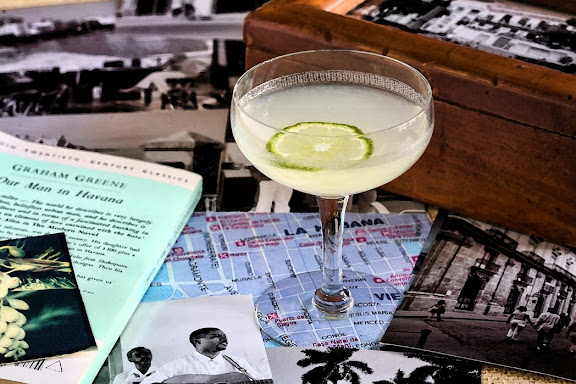 Our Man in Havana, published in 1958, just before the Cuban Revolution, is Graham Greene’s brilliant satire of international intrigue and deceit. Jim Wormold, a vacuum cleaner salesman in Havana, is comically recruited as a British spy by a fellow countryman, Mr. Hawthorne. Wormold, whose wife has left him for another man has an expensive 17 year old daughter, Milly, so badly needs the money. He’s instructed by Hawthorne to recruit sub-agents sending reports to the home office in London. Without a clue on how to be a spy, Wormold begins fabricating reports of military construction sites using diagrams from vacuum cleaner parts. His sub agents are fictitious people he meets at the country club Milly has encouraged him to join. Things get very complicated when the London office is so impressed with his reports that they send him a secretary and a radio agent. 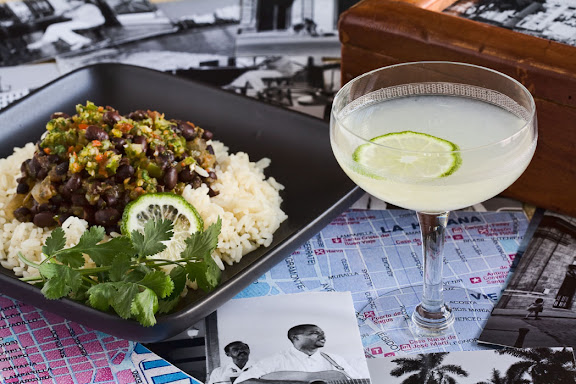 An admirer of Milly, Captain Segura, the chief of police who is reputed to specialize in torture grows suspicious, his good friend Dr. Hasselbacher has his residence ransacked and if things couldn’t get worse; Wormold barely foils an attempt on his life. His cover blown; he’s sent back to England, slightly reprimanded and awarded an Order of the British Empire. Sounds like a spot of embarrassment for the home office. 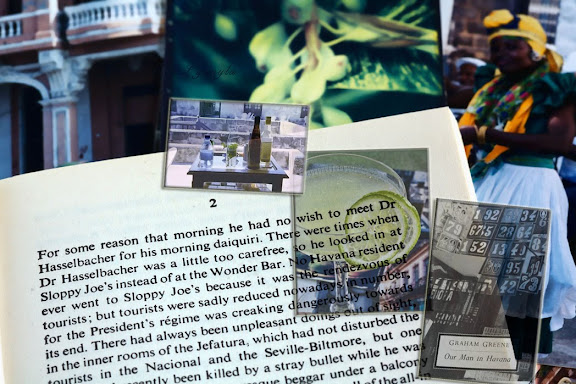 Greene wanted a light-hearted comedy and while he made some references to the bloody violence going on at the time, mainly focused on making fun of the British Secret Service. I recommend this book and any other book by Graham Greene as he was a brilliant writer. There weren’t many specific food references; but quite a few cocktail ones-Wormold’s customary morning daiquiri with Dr. Hasselbacher at the Wonder Bar, his trading card collection of different kinds of Scotch whiskey and the whiskey that nearly poisoned him. The black beans and rice dish is a typical Cuban dish, one served at the Rancho Alegre in Savannah and one of my favorites. 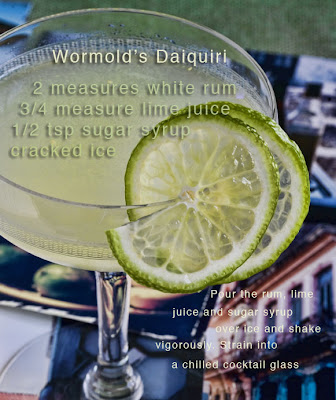 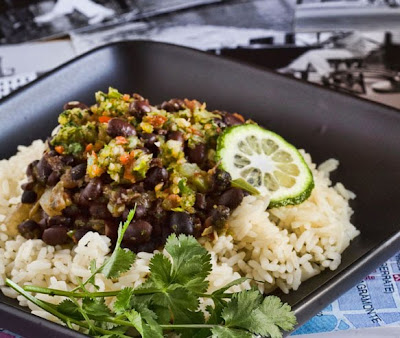 In a large saucepan over medium heat, saute the onion and green pepper in the olive oil until tender. Add the garlic and sofrito and saute another 1-2 minutes. Add the tomato paste, black beans, oregano, cumin and bay leaf. Cook about 5 minutes, stirring gently taking care not to mash the beans.

In a large saucepan, add the rice and chicken stock. Season with salt. Bring to a boil, reduce heat to low, cover and cook for about 20 minutes, or until rice is fully cooked.

Serve the beans over the rice and top with a little sofrito, cilantro and lime slices.