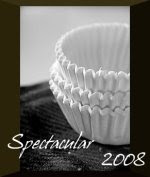 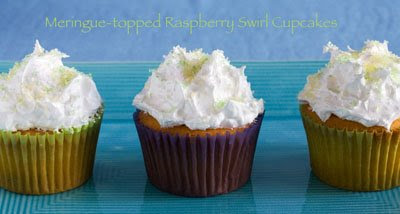 There are so many exciting and innovativel blog events out there that it’s difficult to decide on just one or even two. I will miss a few that I was eager to participate in , but time flies! This week I will be in Orlando taking in Epcot where I’ll battle the long lines to ride Soarin’ and do some shopping at all the great outlet stores in Orlando. I worked hard this past week to get a few recipes and photos completed which would leave me with just the text to write and post on the appropriate day.Arfi Binsted of HomemadeS is hosting a Cupcakes Spectacular 2008 event just in time for Spring and Easter Holidays. Arfi has a two beautifully run blogs,HomemadeS and Through My Lens, both with gorgeous photographs of food, flowers, kids and landscapes. Cupcakes are great little cakes, so easy to make and transport well for picnics, school parties and weddings. Some of the prettiest wedding cakes I have seen recently have been in cupcake form. Gorgeous flowers cut from rolled fondant and billowy meringues transform unpretentious batters into works of art.Raspberry Swirl CupcakesCake Ingredients6 tablespoons butter, softened1/2 teaspoon vanilla extract1/2 cup sugar2 eggs1 cup self-rising flour3 tablespoons milk3 tablespoons raspberry preserves, stirred vigorously for a minute or so.Preheat oven to 350° F. Line a Texas size (6) muffin pan or a standard muffin (12) with paper baking cups. Beat butter, vanilla, sugar, eggs, flour and milk in a small bowl with an electric mixer on low until ingredients are just combined. Increase speed to medium, beat until mixture has turned to a paler color.Divide mixture among the baking cups; smooth surface so it is flat. Divide the jam over the tops of the cakes. Using a skewer, swirl jam into cakes. 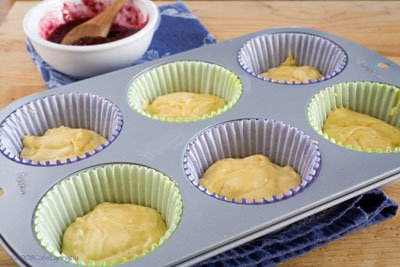 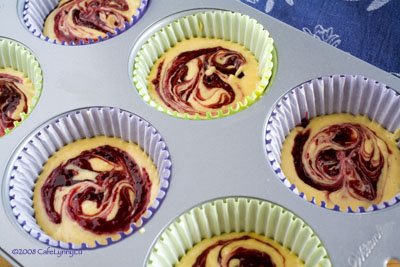 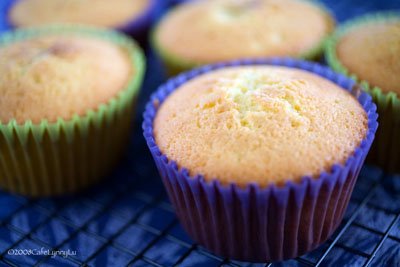 Italian Meringue Frosting1 1/4 cups sugar1/2 cup water4 egg whites1/4 tsp cream of tarterCombine sugar and water in a small pot, stir over medium heat, without boiling, until sugar is dissolved. Boil uncovered without stirring about 5 minutes or until syrup reaches 240°F. on a candy thermometer. Syrup will be thick, but not colored. While syrup is boiling, beat eggs whites with cream of tarter in a small bowl with an electric hand mixer until soft peaks form. While mixer is running, add hot syrup in a thin stream; beat on high speed about 10 minutes or until bottom of bowl is cool to touch.Spread cakes with frosting, sprinkle with colored sugar. Recipe adapted “Cupcakes” by Pamela Clark. 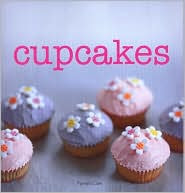 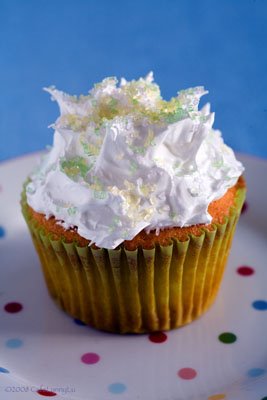 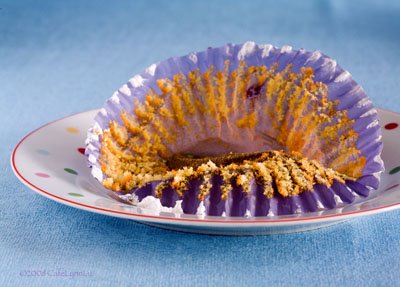