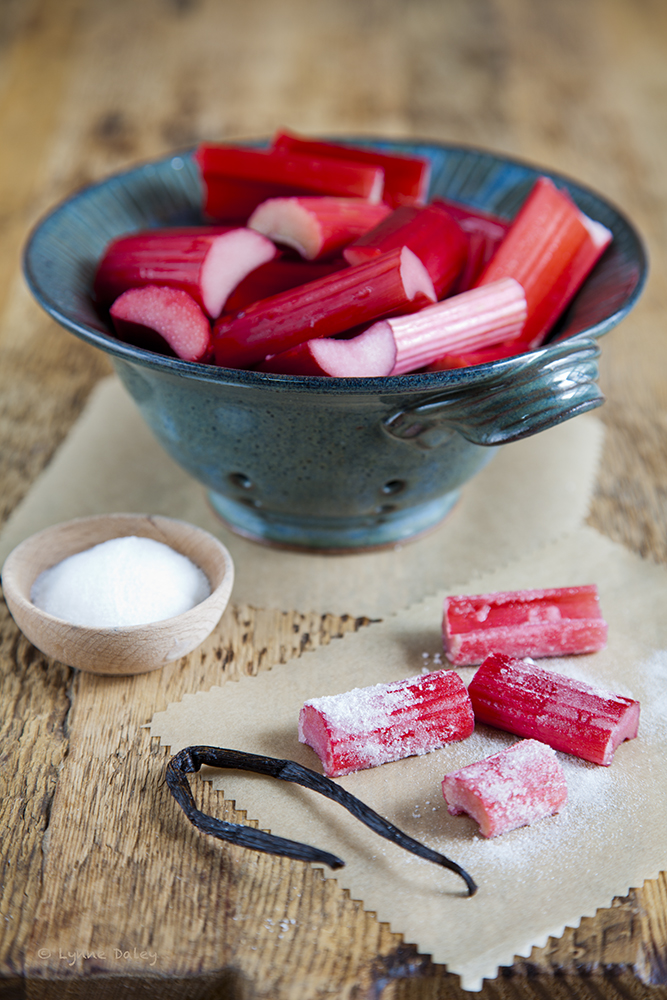 While rhubarb is an ancient plant, having been cultivated for medicinal purposes in China around 2700 BC, it only made its appearance in America around 1790-1800 when an unnamed gardener introduced either the seed or root stock he obtained from Europe to growers in Massachusetts. By 1822, it was available in produce markets.

There are numerous varieties of rhubarb, some are ornamental and not suitable for cooking. Hothouse rhubarb appears early in the spring and is bright red and considered sweeter and more tender than outdoor rhubarb available later. Rhubarb is a cool season perennial and grows well in the northern climes of the United States. The leaves contain oxalate which reportedly causes poisoning when large amount of raw or cooked leaves have been ingested. 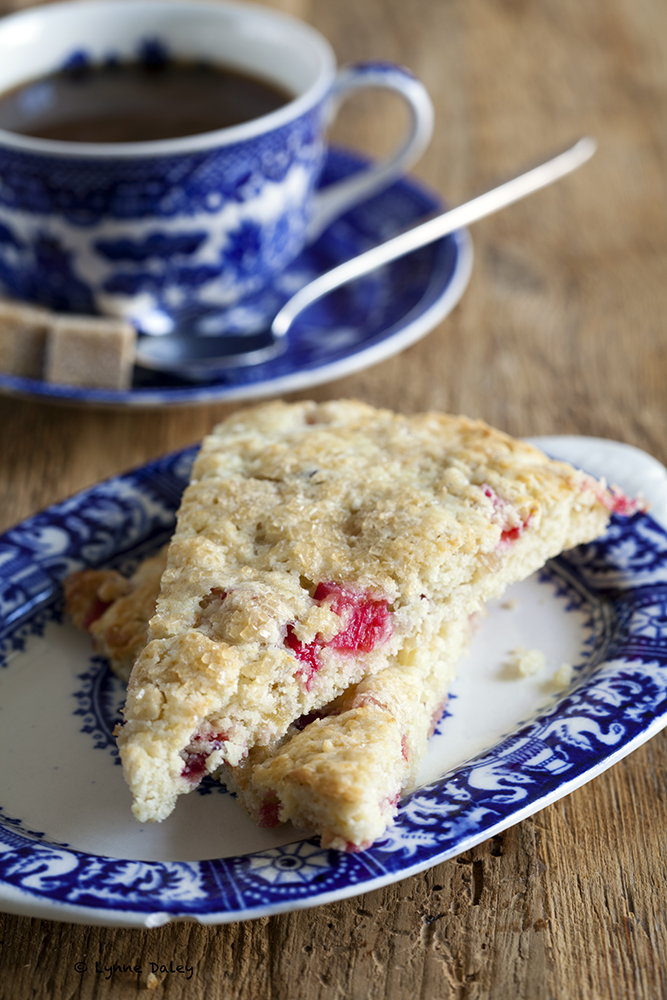 A versatile plant, often known as the “pie plant”, rhubarb also stars in many other desserts, soups, breads as well as savory dishes. It’s most often sold in bunches, about 3-5 a bunch and weighs about 2-2-1/2 pounds yielding about 3/4 cooked rhubarb. Discard the leaves, trim ends and remove any stringy covering before using. Rhubarb keeps 2-3 weeks refrigerated at around 32°F. Quite tart, rhubarb requires sweetening and is quite compatible with strawberries, either in pies or sauces. 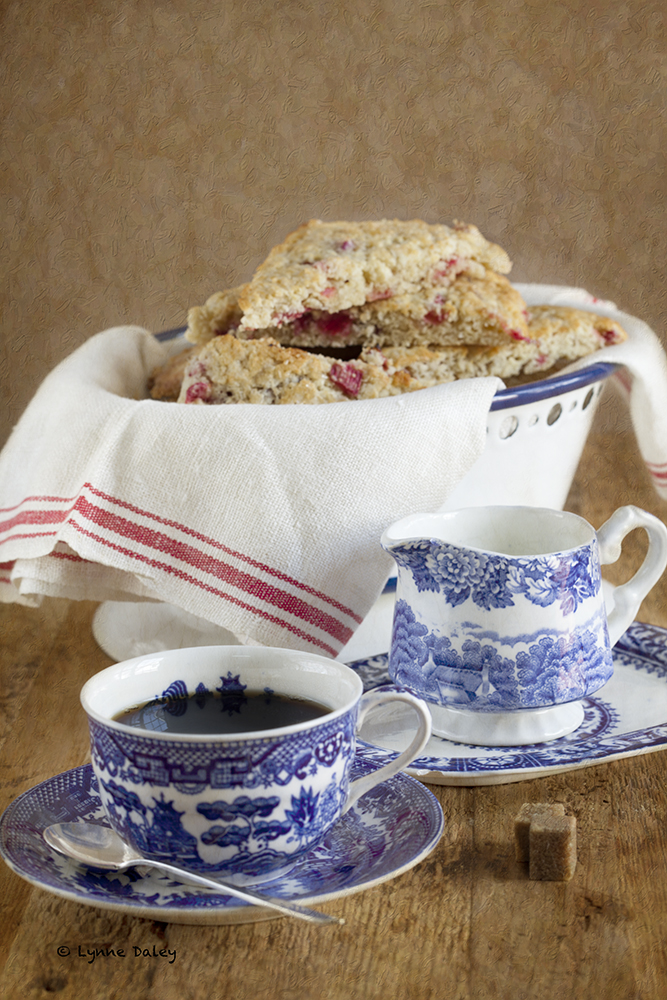 These rhubarb vanilla scones are somewhat tart, the chopped rhubarb having been first combined with sugar and vanilla bean paste or extract. The moistness comes from using single and double cream which keeps them from becoming hard when cold. Adapted from Donna Hay Magazine, Issue 28.

In a small bowl, toss together chopped rhubarb, vanilla bean paste or extract and 2 tablespoons superfine sugar. Set aside.

In a large bowl, combine the flour, baking powder and 1/2 sugar. Make a well in the middle and pour in the milk and half and half cream. With a fork, gently stir until just combined. Turn out on a lightly floured surface, fold in the chopped rhubarb sugar mixture and gently knead until combined.

Roll out dough 1-inch thick. Cut into pie-shaped pieces and place on baking sheet close together. Sprinkle with turbinado sugar. Bake 15-20 minutes or until a tester inserted in the scones comes out clean. Serve with cream and jam of choice. Makes 10 scones.

This is my entry in WHB#332 hosted by Rachel of  The Crispy Cook. For more information, rules and history on this long-running event, visit  Cook (Almost) Anything Once.