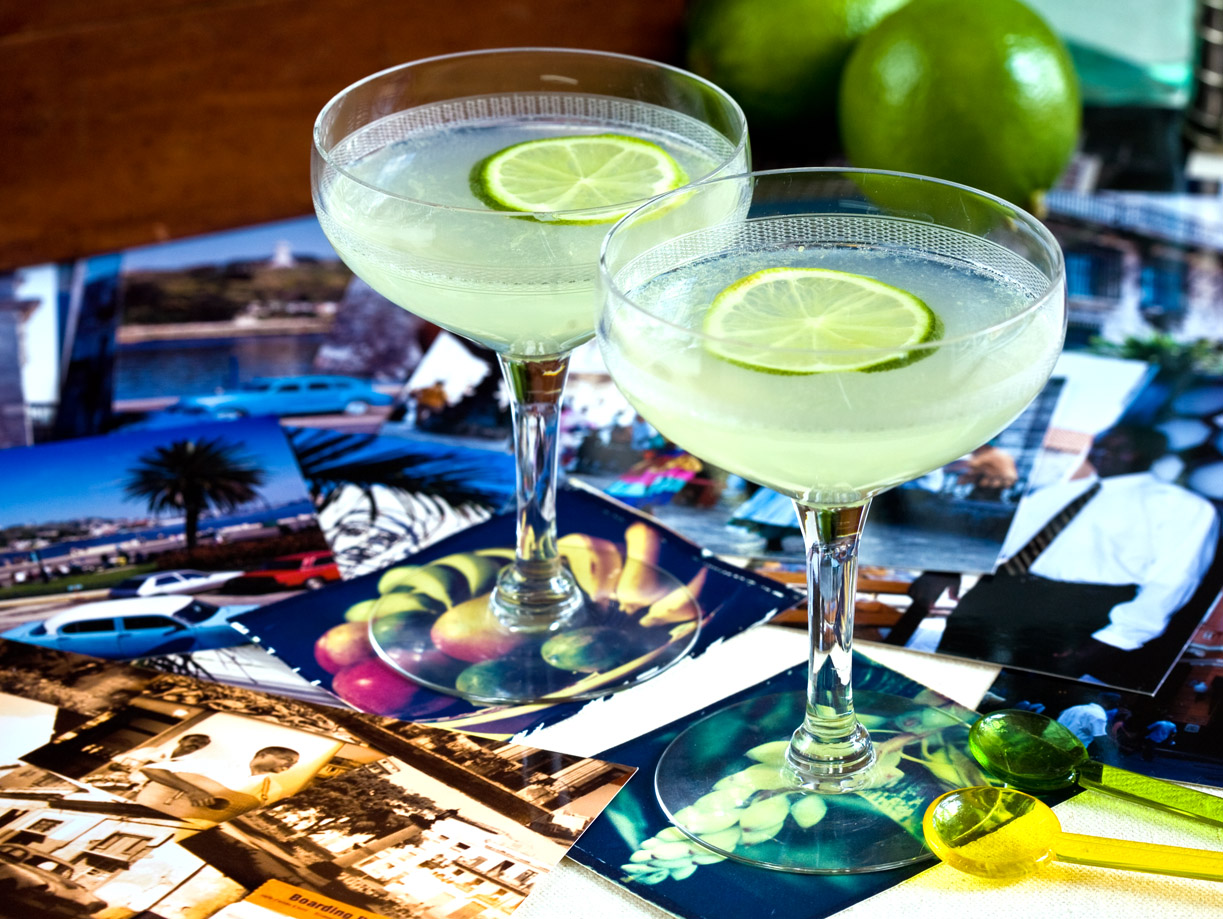 The cocktail king, El Rey de los Coteleros, better known as Constante Ribalagua, presided over the bar at the famous La Florida restaurant and is said to have squeezed over 80 million limes and to have made over 10 million daiquiris.  A well-deserved title, as it is said that his limes were gently squeezed to extract the juice, but not let a drop of the bitter oil from the peel fall into the drink. Mixed, but not over-mixed in a blender, the icy cold daiquiri was strained through a fine sieve so that not even the tiniest piece of  ice remained in the drink. Located at the corner of Obispo and Monserrate streets in Havana, Cuba, the restaurant  became the Floridita to distinguish it from a similar restaurant nearby. Source-The Fine Art of Mixing Drinks by David Embury. Embury does not mention Ernest Hemingway who resided at the Hotel Ambos only a few blocks away. Hemingway was then writing the final version of For Whom the Bell Tolls. It is said that Hemingway was strolling down Obispo and  walked into the bar to of the La Florida to use the toliet. Afterwards, he was curious about the drinks being served there and upon tasting the daiquiri said he preferred no sugar or double rum. So the cocktail king prepared the daiquiri to Hemingway’s taste and said-“There it is, Papa”.

A simple, but perfect cocktail, the daiquiri is composed of 1/2 teaspoonful of sugar, the juice of half a lime and 1 jigger of white rum. One variation  uses slightly less sugar and adds two dashes of grenadine. This version is called the Santiago. Embury suggests that no decoration be used in a daiquiri as it is a cloudy drink and that such decorations are only for eye appeal.

Shake vigorously with plenty of finely crushed ice and strain into chilled cocktail glasses. The daiquiri should be a “stinging cold” drink made with an excellent Cuban rum. If no Cuban rum is available, then you will have to settle for a Puerto Rican rum-a white label Bacardi.