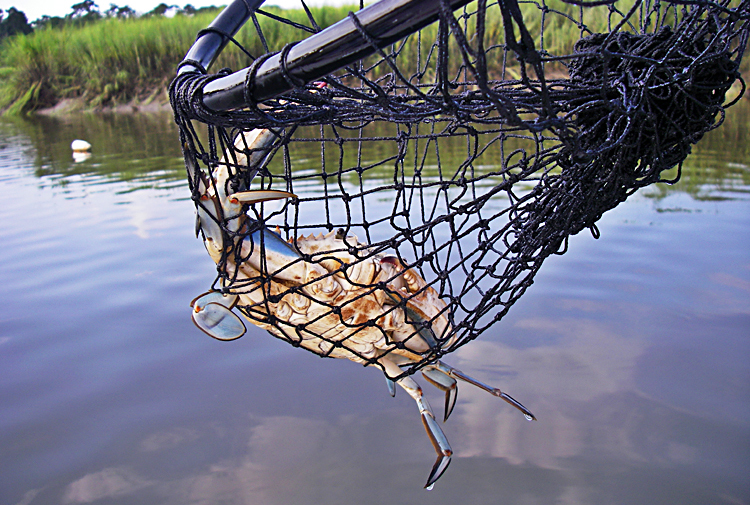 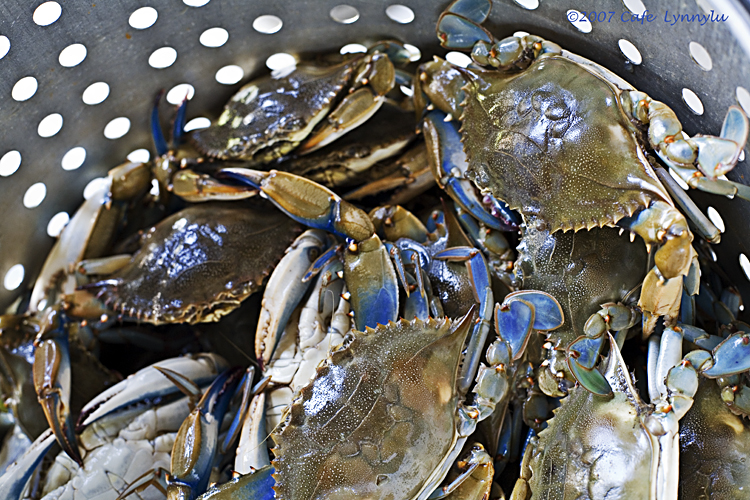 While spending a glorious week on Tybee Island, near Savannah, I had the opportunity to go crabbing with some friends who had a very well-equipped fishing boat and the skill to navigate the little creeks around Savannah. Catching crabs in creeks and from a boat doesn’t require sophisticated fishing skills, just simple equipment, such as a weighted line, a long handle net, some bait and a low tide. Crabs are in the creeks at low tide, but when the tide begins to turn, they migrate back to the marshes.The waterways on the East coast of the United States are teeming with the Atlantic Blue Crab and once you taste the sweet and succulent meat of the Blue Crab, you’ll be hooked. The blue crab’s Latin name is Calinectes sapidus, which means “beautiful swimmer,” and indeed, they are a beautiful blue-green as you can see in the photo above. 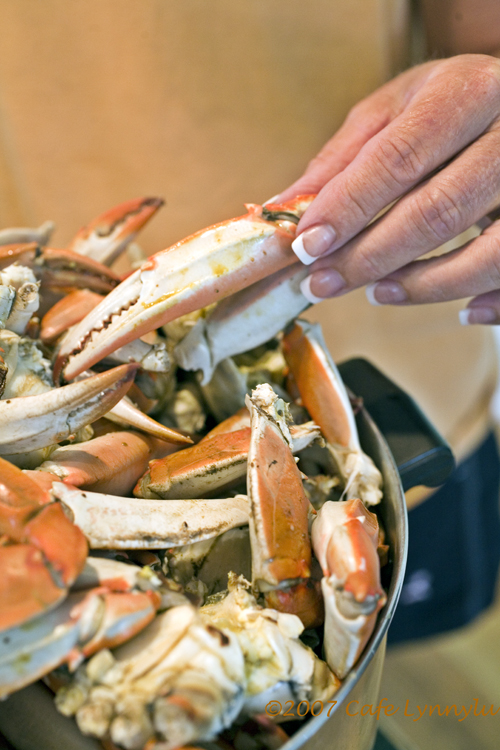 To cook the crab, you need a large pot filled to about halfway with water. Add some crab seasoning and lemon juice or vinegar and bring to a rolling boil. Crabs, like lobsters have to be alive when you put them in the boiling water, so discard any dead ones. Boil about 10 minutes or until the crabs turn red. Turn off the heat and let them sit for another 10 minutes. Drain, cool to touch and begin picking! It’ s a messy and time-consuming job, so get the whole family involved. For more info on picking crab, read this article. For more crab cake recipes, visit the CrabCakeGuy.. 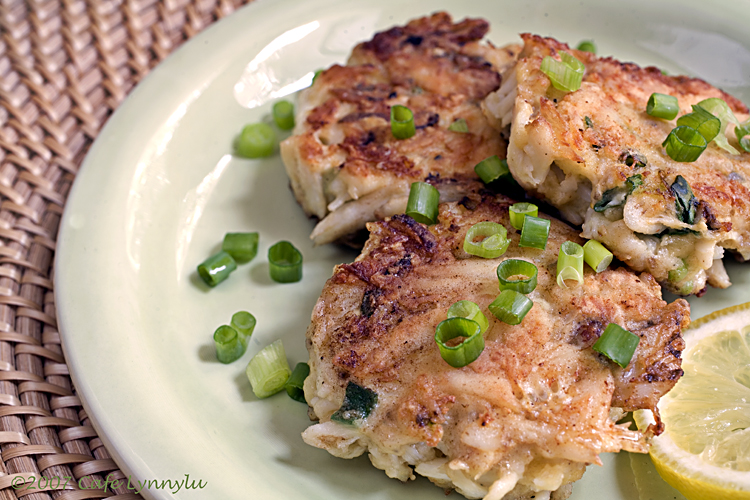 Now for the Crab CakesRecipe From: The Gift of Southern Cooking by the late Edna Lewis and Scott Peacock1 pound jumbo-lump crab meat1 small onion, chopped (1/2 cup)4 scallions or green onions, thinly sliced (1/4 cup)1 cup fresh bread crumbs3/4 tsp salt1/2 tsp freshly ground black pepper1/4 tsp cayenne pepperA few drops freshly squeezed lemon juice2 eggs, lightly beaten4 tbsp (1/2 stick) unsalted butter, melted1 cup all-purpose flour8 tbsp (1 stick) unsalted butter, meltedCarefully pick over the crab meat and remove any bits of cartilage and shell. Put the crab meat in a mixing bowl, and add the onions, scallion, bread crumbs, salt, pepper, cayenne pepper and lemon juice. Toss lightly but thoroughly to blend. Pour the eggs and melted butter into the crab meat, and mix until well-blended.Use a 1/3 cup measure to divide the crab into 8 portions. If there is any leftover, divide it evenly among the 8 portions. Shape crab portions into round cakes 1/2 inch thick and approximately 2 inches in diameter. Dredge each cake lightly in the flour and pat lightly on each side to remove excess flour.Heat the 8 tablespoons butter in a large skillet until hot and foaming. Put the crab cakes into the pan, leaving 1/2 inch between them. You may need to cook the cakes in batches. Cook over moderate heat for 4 minutes on each side or until golden brown all over. Remove the crab cakes from the pan and drain on paper towels. Serve crab cakes hot. Makes 8. 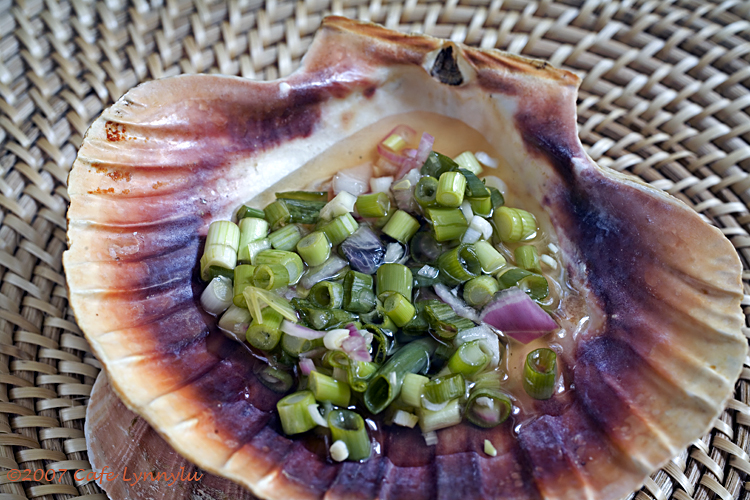