The secret to making delicious no-fail biscuits is like making pie crust, you have to make them often so you can get the feel of the dough. My grandmother lived with us on our farm when I was a kid and she made the  loveliest, flakiest, most wonderful biscuits I have eaten, but she made them every morning in a wooden bowl reserved only for biscuit dough. I, on the other hand, try to make biscuits once a year on special occasions. Grandma used self-rising White Lily flour and buttermilk,plus some shortening, but, basically did not measure the flour,buttermilk or shortening, as she had made them for so many years that it was a natural process to her. 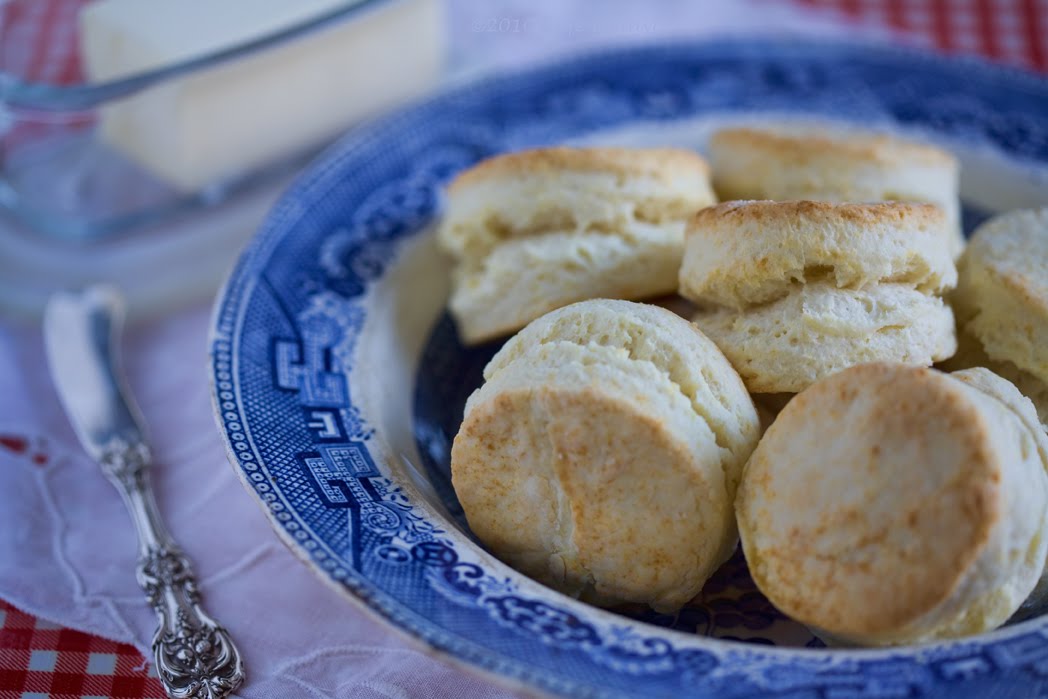 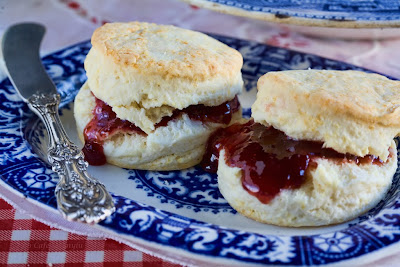 White Lily flour, always popular with Southerners, hit the big time in the early nineties when it became available at Dean and Deluca. J.Allen Smith, a Georgian came to Knoxville, Tennessee around 1873 and co-founded a grain business called the Knoxville City Mills. After developing several flours, Smith came up with new flour that he reputedly named Lilie, for his wife. White Lily flour, along with its sister flours became big sellers and made Mr. Smith a rich man. In 2008, after more than a century, Knoxville closed its factories and White Lily flour was bought by Smuckers and its mills were scattered throughout several mills in the midwest. Some say the flour was never the same after that. However, Smuckers stands by its claim that White Lily flour comes from the same soft red wheat variety and traditional production processes. Personally, I can attest to the silkiness and fine quality of White Lily flour having used it as my grandmother did. 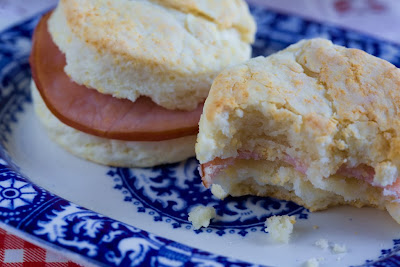 Thanks, Melissa of aloveatfirstbite for bringing back memories by choosing the sweet cream biscuits as her weekly pick for TWD. Maybe my grandma didn’t use sweet cream, but these biscuits come the closest to what she would have baked. You can find the recipe on Melissa’s blog or in Dorie Greenspan’s book, “Baking From My Home to Yours”.