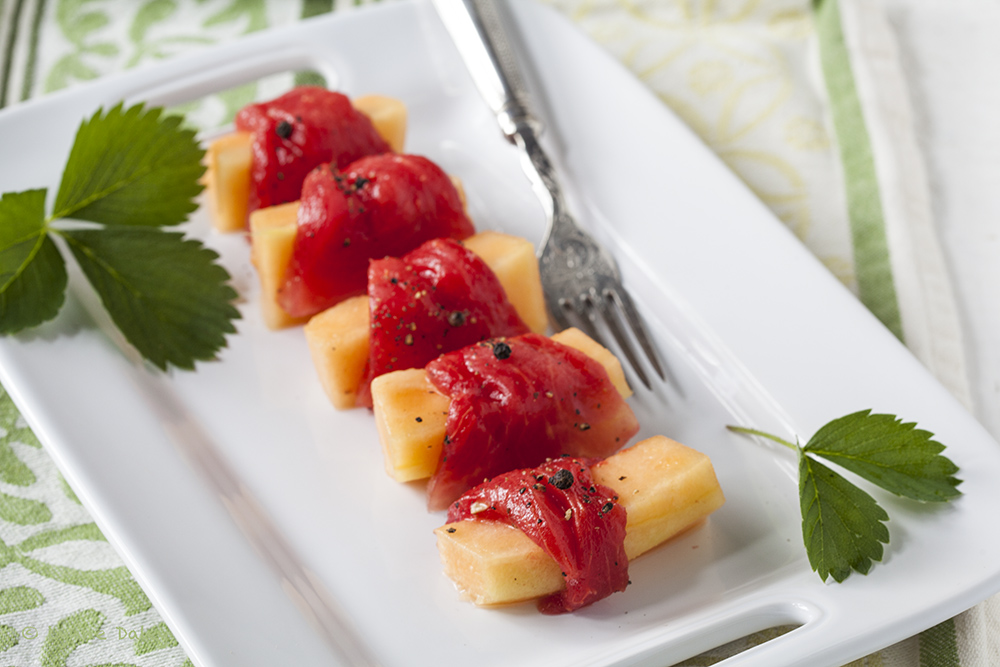 I have two salt blocks that I have only used once-  for Salmon Gravlax which was amazing! I pulled the blocks out just the other day determined that I would make use of them again. Our watermelons and cantaloupes are good this year so while perusing Mark Bitterman’s book, Salt Block Cooking, I found just the recipe to make use of the salt blocks and the juicy ripe melons.

Growing up in the South, sprinkling salt on our watermelon was a rite of passage. You learned it from your grandma who learned it from her grandma and so on! There is a scientific explanation for this. Mr Bitterman says that watermelon is naturally low in sodium, one cup having 2 grams whereas the same amount of cantaloupe has 26 grams. The higher salt content in the cantaloupe tames the sugars and also enhances its flavors. So in essence, a little salt sprinkled on that watermelon bumps up the salt content     and propels its flavors to the sublime. By curing these thin quarters of watermelon between the two salt blocks, much of the water is extracted leaving a consistency much like prosciutto.  Source-Page 75. 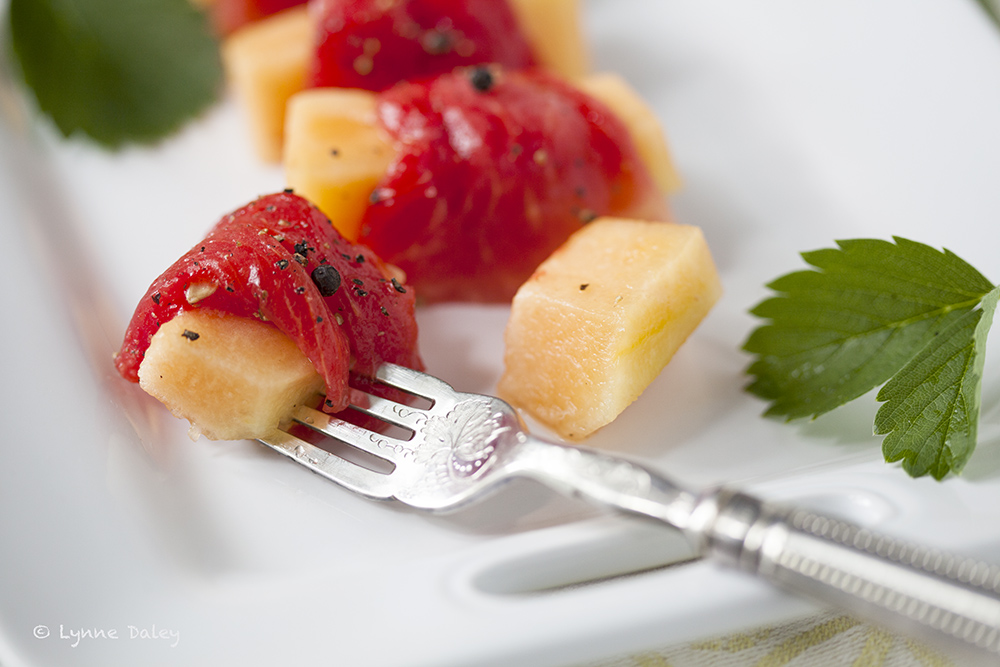 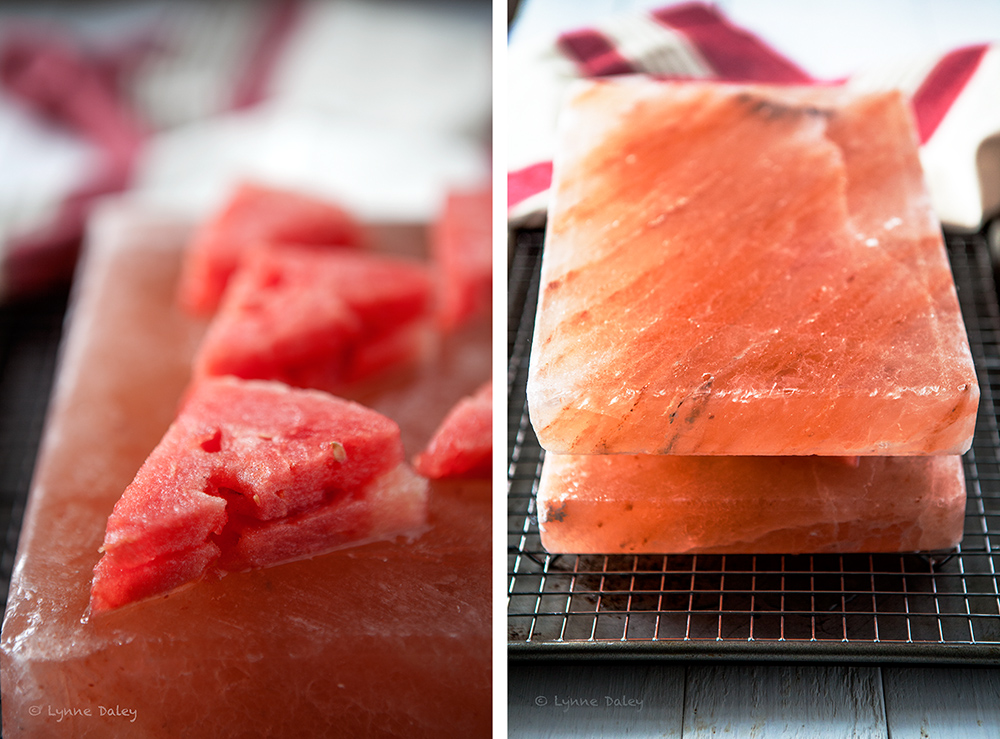 Place one of the salt blocks on a wire rack set on a rimmed baking pan. This will catch the copious amounts of water that will flow from the watermelon. As the photo above shows, in stacks of two, evenly space the watermelon slices. Gently place the other block square on top so it balances evenly on the melon slices. Set aside for about 2 hours until the watermelon slices are compressed by nearly half. As the slices “cure”, they will lose about 50% of its water content, thus concentrating the flavor.

Remove the watermelon slices from between the salt blocks. The texture feels like raw tuna. Blot on paper towels and sprinkle both sides with the black or green peppercorn.  To serve, wrap each wedge of cantaloupe with a piece of watermelon prosciutto. If not serving immediately, refrigerate until ready for use.

Even though Alex was horrified at the thought of putting salt on a watermelon (city boy), he loved this dish!

This is my contribution to WHB #397, hosted by yours truly! 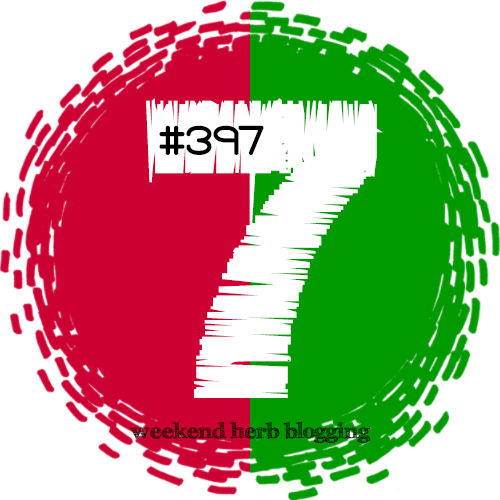